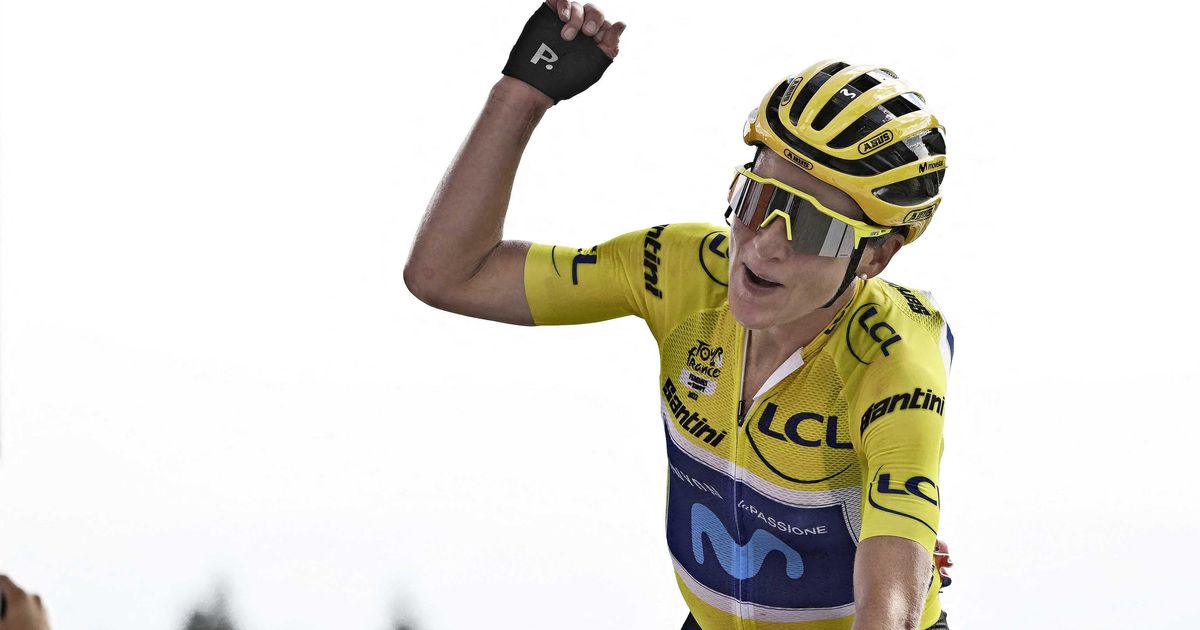 The pace was so high right from the start that the peloton tore almost instantly. Many riders couldn’t keep up with the pace, including Chantal Black. Meanwhile, a leading group formed before the peloton, including Riejanne Markus, Pauliena Rooijakkers and Yara Kastelijn.

Van Vleuten, who had received the yellow from Marian Voss the day before, was comfortable in the pack. The Movistar contestant seemed to be the favorite to keep that yellow on her shoulders after the finish, but she faced a variety of technical challenges. During the section following the ascent of the Côte d’Esmoulières, about 66 kilometers before the finish, Van Vleuten had to change bikes for the first time.

Van Vleuten fully realized this in the final leg of the Tour, as she had to change bikes at least four times.

It did not stop there, because in more than twenty kilometers after that, the Dutch exchanged materials three more times. Despite the physical breakdown, Van Vleuten showed off her strong form, because even after the four changes (!) of the bike she was comfortable with the largely thin peloton when she watched the damned Planche des Belles Filles approach.

The peloton followed the lead for a long time with just under a minute, but once the deadly final climb – 7km with 8.7% – started, that gap quickly halved. It was the Rooijakkers who fanatically pulled the skin at the foot of La Planche, and Mavi Garcia was in their wake. The Ruijkers didn’t last long there, as Van Vleuten bounced off the Peloton favorites group on her compatriot and on Garcia.

On its own, it exploded toward the end, carefully widening the gap on those chasing after it. The stalkers became one stalker, and that was Demi Fullering in a polka dot shirt. The 25-year-old Dutchman could not keep up with Van Vleuten, but lost to the rest of the candidates in the final.

Meanwhile, for Van Vleuten, there was the sweetness of the frenzied crowd in the final steep and agonizing 400 metres of La Planche des Belles Filles, as the Dutch top-tier rider finally clinched her all-around victory.

The proud Dutch winners of the four jerseys.

The final classification for the Tour got a nice Dutch touch, because in addition to Van Vleuten’s overall win, Marianne Voss, Demi Völlering and Sherine Van Anroy were also allowed to celebrate in the jersey. The 35-year-old Vos gave the green jersey Jumbo-Visma, while Vollering (25) of SD Worx no longer allowed himself to be denied the polka-dot jersey. Van Anrooij (20), who was riding Trek-Segafredo, finally claimed the youth rating.