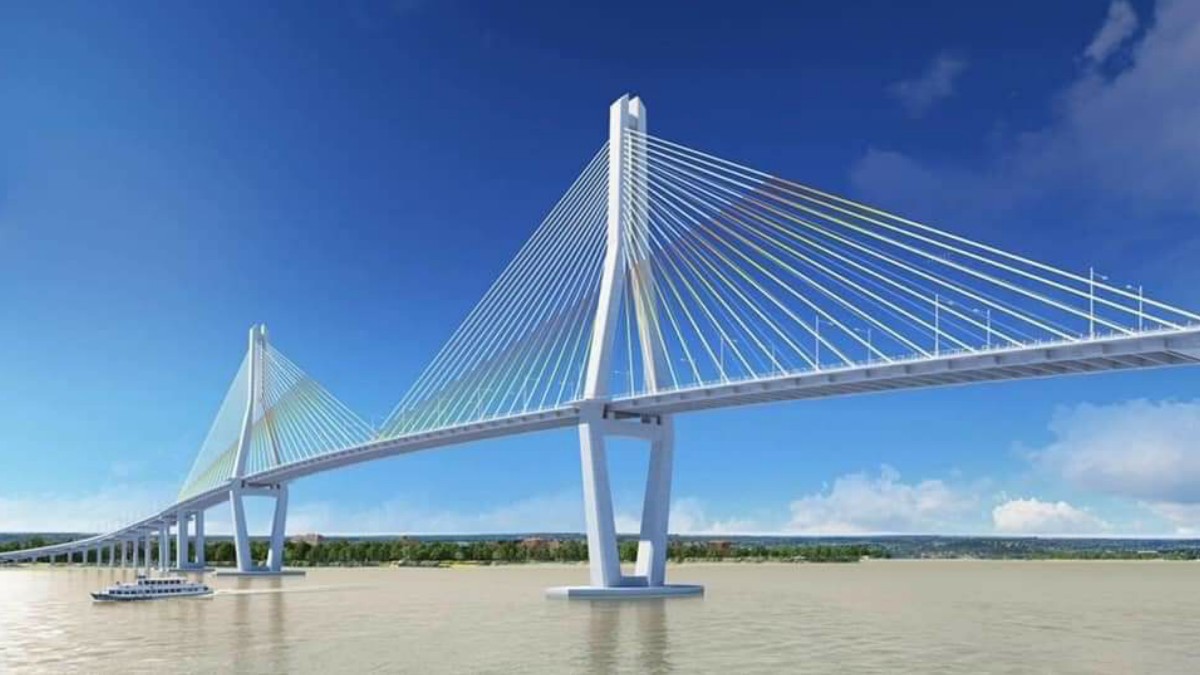 With the ceremonial signing of the contract and the launch of the Expression of Interest (EOI) on May 4 in the meeting room of the Ministry of Public Works (OW), formal agreements were concluded for the construction of the bridge over the Corantijn River.

The OW Ministers of Suriname and Guyana, Riad Nour Muhammad and Juan Edgil, signed the documents for this major project. The inauguration marks the beginning of preparations for the construction of the bridge between the two countries.

The contract was assigned to WSP Caribbean Limited. This Trinidadian company is responsible for the initial studies and initial design. It will also be responsible for coordinating the registrations of construction companies interested, both nationally and internationally, to design, build, finance, operate and maintain the bridge.

After registration and tenders, the target date to start construction is the end of the year with a minimum construction period of two years. The bridge will be located near the site of the ferry serving Southdrain – Molson Creek Road. As the ships tonnage is expected to be approximately 40,000 DWT, the design will be a tall bridge, just like the one over the Suriname River.

Both countries are set to benefit from the bridge. According to Juan Edgil, this bridge is nothing more than a bridge, but a realized vision of two nations. Thanks to the fact that access to neighboring countries will be more convenient, this will increase the opportunities for economic activities of trade, business and tourism both in the countries and internationally. It also speeds up access to services for those who need them.

With the signing of the contract to build the bridge to Guyana, one of the first government projects, via OW, is underway. The road from Paramaribo to Nickeri will also be remedied and improved. Noor Mohamad calls on all the entrepreneurs and investors in Nekiri to prepare for the arrival of the bridge as it will surely have a huge impact on the tourism and economy of the country, especially Neckeri.