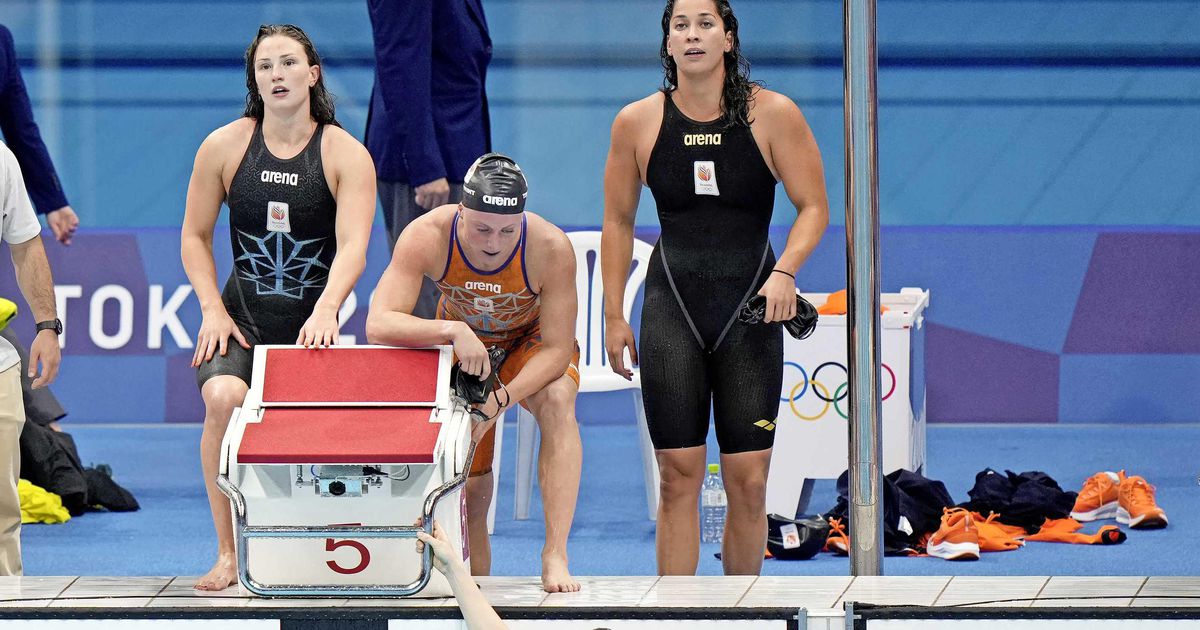 The Dutch quartet consisted of Kira Toussaint, Fimki Heemskerk Ranomy Kromovidjojo and Kim Bosch. Starting swimmer Busch had trouble following the rest of the court, which meant Kromowidjojo had to clear a huge gap. She and Toussaint made sure not to widen the gap with the rest. Except for the mighty Australians. Heemskerk had to come in from sixth and move up to fourth, but that wasn’t enough to get a slice.

Canada is second only to Australia, ahead of the United States and the Netherlands.

Arno Kamenga reached the final in the 100m breaststroke. In the first semi-final he narrowly beat the Italian Niccol Martinini. His time (58.19) was much slower than on Saturday, when he swam his Dutch record of under 58 counts.

The Dutchman was already a leading medal candidate in advance, behind Britain’s Adam Petty, the favorite for gold. Swim in the other semi-finals.

Kyra Toussaint and Mike de Ward qualified for the semi-finals of the 100m backstroke at the Olympics. The 27-year-old, who holds the Dutch record, clocked 58.65 seconds for the seventh time in the series, clocking 59.21 seconds. De Waard also joined the Round of Six (15) with 1.00.03.

Australia’s Kylie McKeown broke a new Olympic record with a record of 57.88. The 20-year-old McKeown, who has set the world record with 57.45 since last month, was 0.08 seconds faster in the series than American Reagan Smith, one year younger.

Monday morning is the semi-finals of the 100-time at the Tokyo Aquatics Center. Toussaint, who finished fourth out of 100 at the European Championships earlier this year in a tumultuous final, set his goal of reaching the final. “And then you never know what could happen,” said the back musculoskeletal specialist. Toussaint was part of the relay team that had just lost a medal in the 4x100m (fourth) freestyle in Tokyo on Sunday morning.

In her first Olympics, Tess Scottin stuck in the 100-meter breaststroke series. 20-year-old Scotten clocked the 25th fastest time with a 1.07.89. To get to the semi-finals, she had to go faster for about a second. At the end of last year, Scotten set the Dutch record at 1.06.92 thus qualifying for the Games.

The men’s team in the 4×100 Freestyle did not qualify for the final. Nils Korstanje, Stan Beigning, Tom de Boer and Jesse Potts finished sixth in their heats with a time of 3.14.07. He left this quartet above the Dutch record set in May in the final of the European Championships in Budapest (3.13.79). In the field of sixteen countries, the Netherlands ranked twelfth.