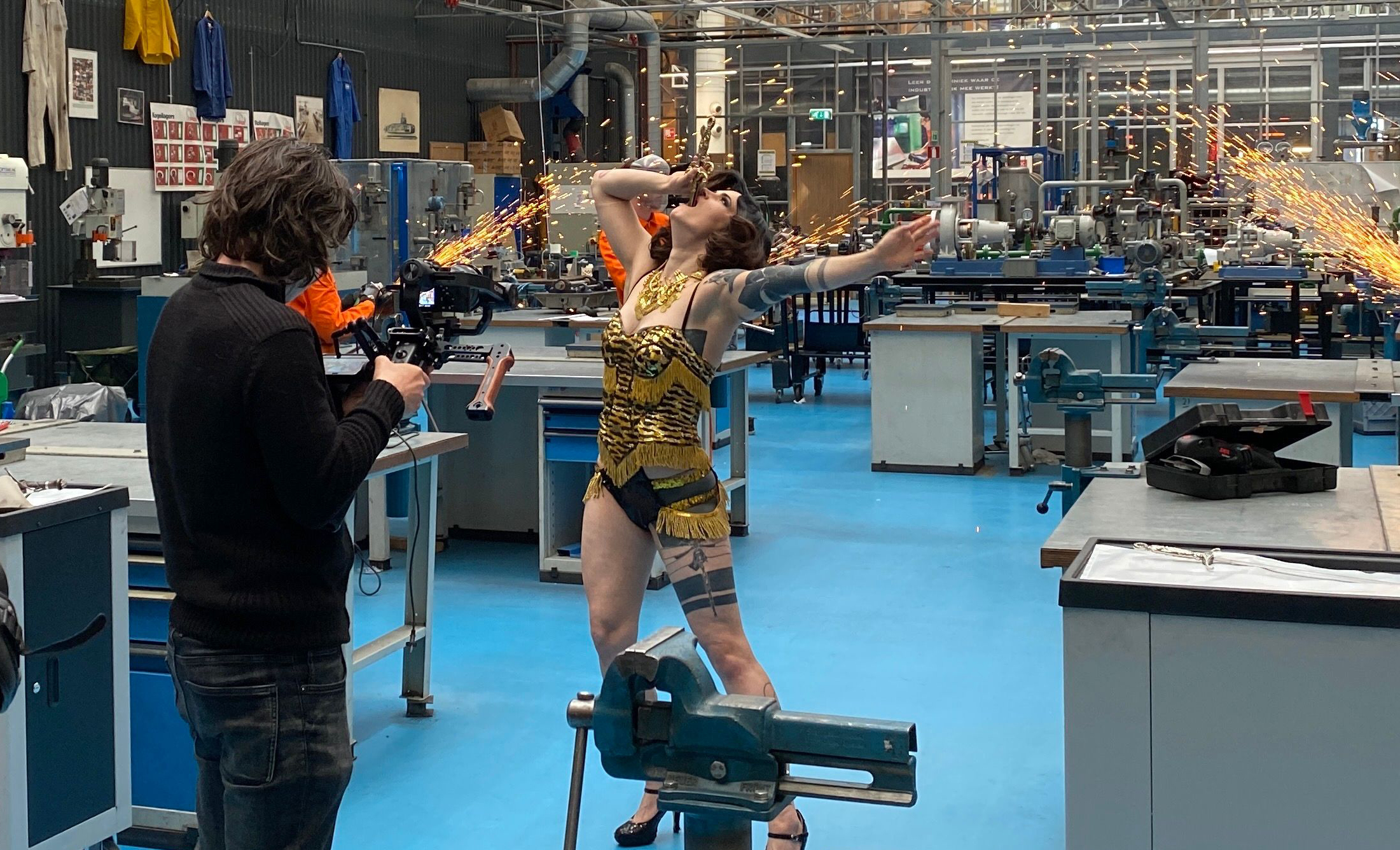 Lisa Soodalla, from Germany, sparks fire during a fire at the former RTM Louds Hall in Hughes Flat. The song was sung by Irene Sheer in 1978, the entry into Germany at the time. Students of Technical College Rotterdam serve crackers.

This is one of the exciting things to see in the upcoming short film “Variste Rose – The Eurovision Edition”. Five other artists showcase their talents at historic sites in Rotterdam. The film is part of The Host City Rotterdam City Program, Eurovision Song Contest 2021.

Open to Variety; Six artists and one host

In this short film, the vibrant Variety MC Wonderwall takes you from Lawrencekirk’s Tower to iconic locations in Rotterdam, the Eurovision Song Contest 2021. Six international genre artists show off their crazy skills in those places. They are inspired by the well-known or forgotten Eurovision entry from their country.

Erin Sky is from Australia and will be showing off his handstand at the highest watchtower in the Netherlands. Euromast’s site, written by Kate Miller-Heidke, entered Australia during Zero Gravity 2019 Eurovision. David Severins comes from the Netherlands, where he shows off his tricks on the dome of the old Tropicana in the Shangri song Gerard Joling’s Law, entered from the Netherlands in 1988. Lisa Soodella from Germany will face the sparks in the hall of the former RTM warehouse in Hughesplot. The song was sung by Irene Sheer in 1978, the entry into Germany at the time. Students of Technical College Rotterdam serve crackers. Charlie Hesson from the UK chose the 2012 UK entry as Love Will Set You Free, sung by Angelbert Humbertink. At the Citizens’ Hall of Rotterdam City Hall, the Acrobat Manon Verblange of Belgium meets fellow Israeli acrobat Yakel Ritter. They finish the film with two acrobatic acts for Israel’s 2013 entry. Rock Bishwillo song written by singer Moran Masore.

In fact, the film can be seen as a performance during the Eurovision song contest. Unfortunately that is not possible, but thanks to the financial support of the City project it is possible to record everything and get visitors through various channels, so these are busy days in the offices of the two Rotterdam producers. Dave van der Waal and David Severins have been creating their own theatrical productions under the banner of their foundation Veriste Netherlands since 2017, and now they can add a real genre image to their CV.