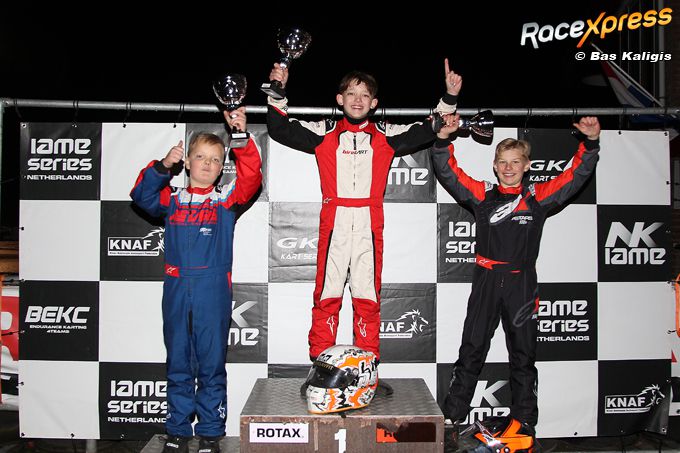 Eindhoven – talented card Timo Koopmans She concluded her successful year 2021 with a runner-up in the final standings of the IAME Dutch Championship. 10-year-old Carter from Nijverdahl has added a new cup to his cupboard. Earlier this year, Carter PdB Racing already racked up several podiums in the GK4 Kart series and in the IAME Benelux Championship.

On the last weekend at Landsard in Eindhoven, Temmo was always good on top in the Mini-Parilla National class. This is despite the rain and the cold. “It didn’t bother me. Didn’t notice the cold in the kart and I’m fine in the rain. Qualifying was good, could be better, but I still had the third time. In the three races I went well and got second three times.”

“My aim was to get on the podium this weekend at NK in Eindhoven. Of course you always want to win. I did everything I could, and the second is fine.

Several cups and a championship in the Dutch Vice Championship in the GK4 series and fourth in the final classification IAME Benelux series is the decisive harvest from Temmo that started at the beginning of this year. Last year, he raced the middle of the Parolin Rocky in his first karting season, and see where he is a year later. The young talent has seen an amazing learning curve. The uptrend does not appear to be over at the moment and he is enjoying it to the fullest. “This is my first year at IAME and I didn’t really expect to be in such good shape right away. Last year I was racing at Parolin Rocky and I didn’t get ahead on the road. Now I’m racing at a higher level and doing that championship. It’s a matter of training a lot, also in Rain. We’ve trained all winter and now it’s paying off.”

This year Temmo even qualified for the World Cup in Adria, Italy. “I am only 10 years old and I already drive my sport in Italy. The World Cup has gone well in itself. You ride among the best drivers in the world and I just missed the final. I finished almost 45. And that in a field with more than 75 participants. It is It’s very nice to go karting in Italy. They are all great tracks. They are high speed karting tracks with many fast corners and many overtaking opportunities. Next year I may also go driving the Euro Series.” 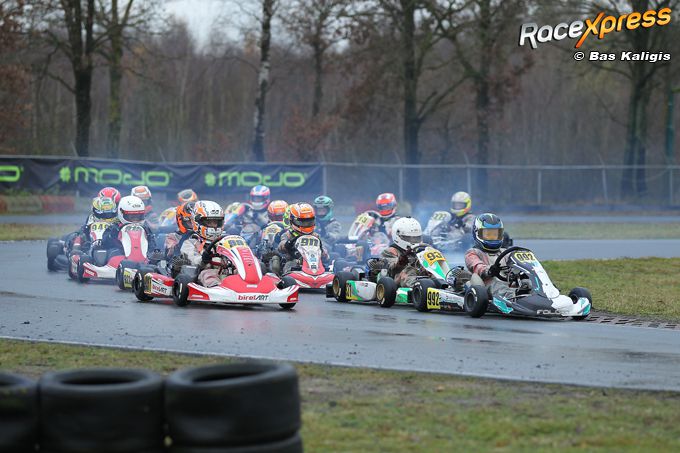 The Italians will see Temmo again next year. “We have ridden a lot this year. We are training hard and doing everything we can to get the best results. We want to be in as many races as possible. My best race of the year? In the Benelux I came first in Genk and that was very cool, but I also thought that going in The World Cup was very cool.”

“Next year I’ll still be driving a Mini Barilla. I’m still too young to switch to the X30 Junior. In 2022 we want to drive a lot in Italy. That would of course be very cool. Two races from WSK. That’s really a very high level. Who knows, maybe I can.” Riding the top 50 in Italy and then later trying to get to the final. The most important thing is that I can learn a lot in those races.”

At the moment, Timo still has many years of kart racing ahead, but he is already dreaming of a motorsports career after his time in kart. Not from F1, but from GT cars. Temmo: “I really love motorsport and follow a lot of different classes. It doesn’t have to be Formula 1 for me, but I also think GT3 is very cool. It would be very nice to be in the future if a GT3 car should be allowed to race.”

Timo Koopmans He thanked his parents, Bas Harting, Peter and Nick De Bruyne and the PDB Racing team. Temmo is supported in racing activities by its sponsor LS Systems bv.

Temmo is still looking for sponsors to be able to develop his sport in the best possible way. Interested parties can obtain more information by sending an email to [email protected]