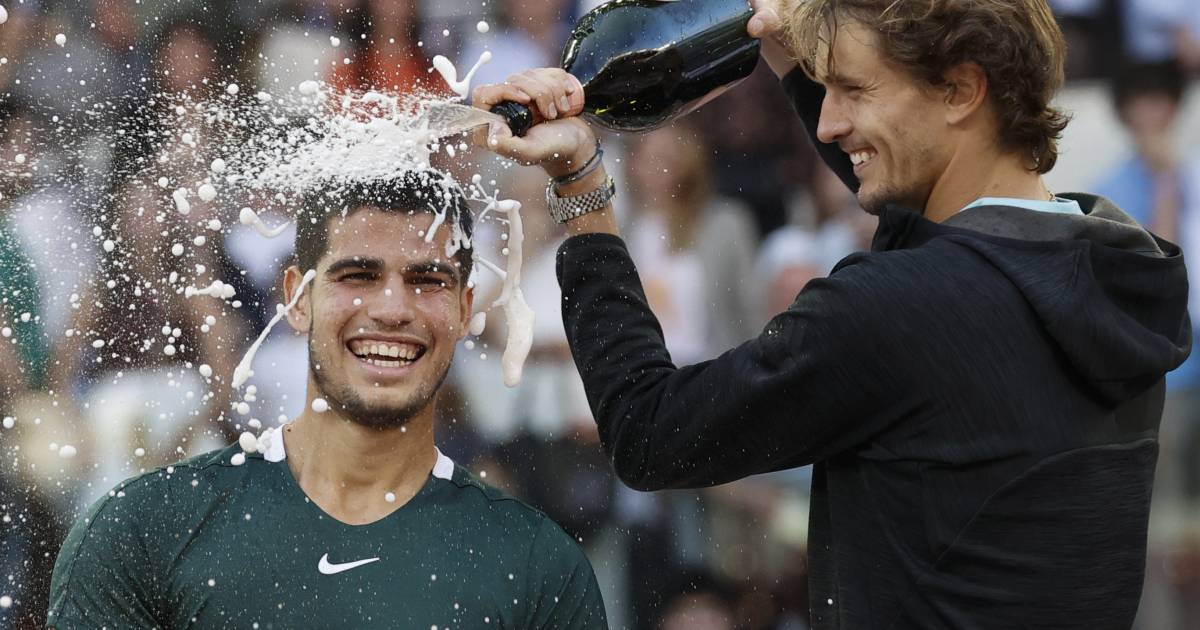 Alcaraz in Madrid beat Novak Djokovic and Rafael Nadal, who are still above him in the ATP rankings. Djokovic remains in first place and Nadal is in fourth place.

Botic van de Zandschulp drops one point and is now number 32 in the world. The best Dutch tennis player will meet American Sebastian Korda in the first round of the clay court tournament in Rome on Monday. The Greek track Talon loses ten places and drops to 67th. The Greek track qualified for the main table in Rome through the playoffs and will meet Argentine Sebastian Baez in the first round.

Poland’s Iga Swiatek did not play last week due to a shoulder injury, but she still holds the number one spot in the women’s world rankings. The most prominent thunderbolt is Tunisian Anas Jaber, who rose from tenth to seventh place with her victory in Madrid. Arantxa Rus remains the only Dutchman in the top 100; Still ranked 74.