Tens of thousands of Poles join the pro-EU demonstrations 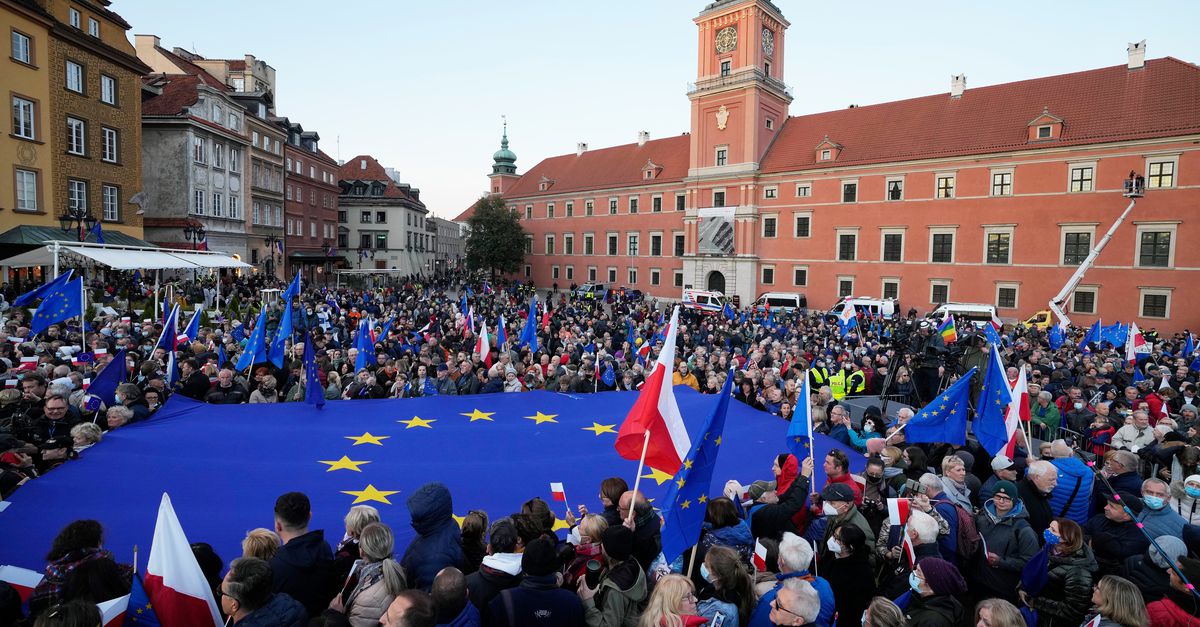 Tens of thousands of Poles took part in a demonstration on Sunday in favor of the European Union and against the policies of the current government. Polish media reported that in Warsaw, according to a spokesman for the city government, from eighty to one hundred thousand people could have stood on their feet in the royal castle in the old part of the city. Government supporters questioned these figures.

The protesters opposed the ruling of the Polish Constitutional Court earlier this week, which said that Polish law and constitution are more important than EU law. Demonstrators in Warsaw waved Polish and European flags and chanted slogans such as “We stay” and “We are Europe”. Dozens of other cities, including Krakow and Gdansk, also demonstrated on Sunday against the Constitutional Court ruling.

Opposition leader Donald Tusk, who is also the country’s former prime minister and former president of the European Council, called the protests earlier this week and addressed the Royal Castle in Warsaw during the demonstration. “I am sounding the alarm because the ruling party has decided to take Poland out of the European Union,” he said, referring to the conservative nationalist government of the PiS. We want an independent, European, democratic, law-abiding and just Poland. These principles are crushed today by power without conscience and morals.”

The ruling of the Polish Constitutional Court, that Partially set illegal, Controversial. The ruling states that Polish politicians can ignore some elements of European law and that rulings by the European Court of Justice in Luxembourg are not binding, which goes against fundamental principles of the European Union.

According to critics, the court’s ruling is “political-legal” and has brought a departure from the European legal system even closer. On the other hand, Poland’s Justice Minister Zbigniew Sziobru welcomed what he believed to be the “constitutional boundaries of European integration” that he said had set them.