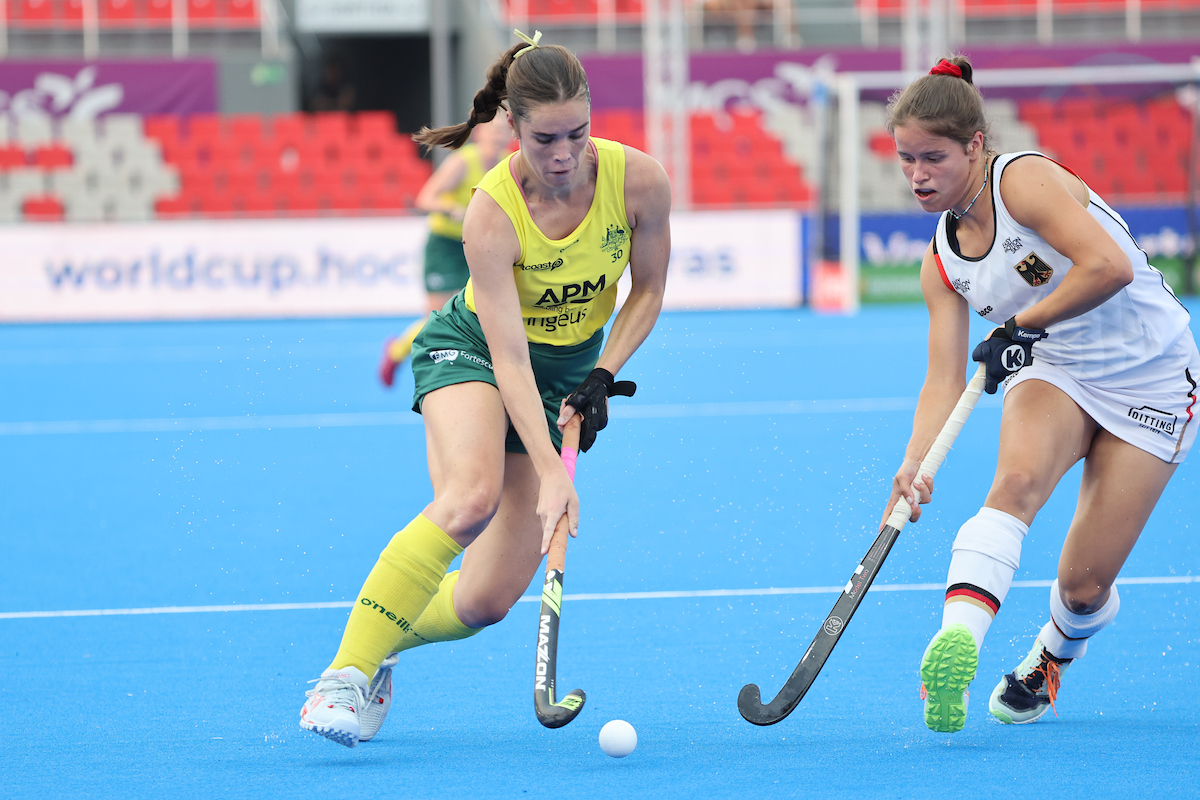 Australia has won a medal at the Women’s Hockey World Cup for the third time in five editions. Two goals from Stephanie Kershaw, who scored twice in the last stage, helped Katrina Powell’s team beat Germany: 1-2.

It was a short night for Germany, who worked into extra time against Argentina on Saturday. In that thrilling match, Tye Danas lost on shoot-outs, 2-2 after sixty minutes. Australia got a few more hours of respite, but it was barely noticeable in the first half.

The two teams combined to make it a modest display that resulted in the spectators at the Terraza Olympic Stadium swooning under the beautiful early evening sun. There were almost no chances when Lena Michael powered the ball into the Australian goal from the edge of the circle. The German midfielder, who has rarely played this season due to injuries, scored the only goal of the game – a crucial 1-0 win over New Zealand in the quarter-final.

Add to that the failed German corner and tell the story of the first half. A few more chances after the break, especially for Pia Mertens. The Germany striker killed off two chances, the last of which he should have done. She had the ball for a tap-in, but didn’t shoot fast enough to beat keeper Jocelyn Bartram. On the other hand, Australia finally had a chance, but the first corner was converted by Benny Skipp against Germany’s defence.

The equalizer came from Stephanie Kershaw’s dry shot with eleven minutes to go. The attacker fought through several German sticks and finished well. That turned out to be the motivation Australia needed. In the last quarter, the Aussie team was suddenly eliminated. Four minutes later, Kershaw struck again from close range to give Australia their seventh World Cup medal.