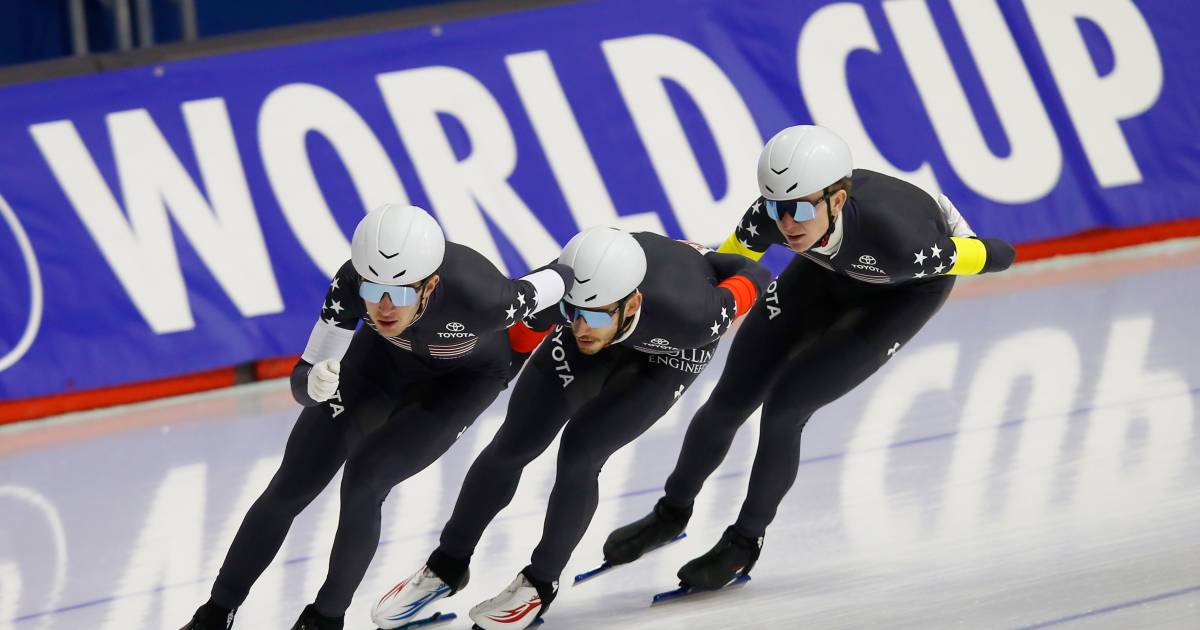 The US speed skating team wins the men’s chase at the World Cup in Calgary. Casey Dawson, Emery Lyman and Ethan Seaboran managed to set a best time without captain Joey Mantia: 3.35.58. The Americans won the World Cup thanks to their second consecutive win in this segment.

Italy’s Francesca Lollobrigida won the women’s collective start. She defeated Canada’s Ivani Blondin and Russia’s Elizaveta Goluyipeva after sixteen rounds. Newcomers Evelyn Feigen and Robin Groot finished off the track. They qualified for the final battle through the semi-finals.

Russian figure skater Viktor Moshtakov won the second round of the 500-meter race at the fourth World Cup in Calgary. He won in a personal best of 33.90 seconds, thanks in part to a super quick opener of 9.39. It was Moshtakov’s first podium in the 500m this season at a World Cup.

Japan’s Yuma Murakami won the silver with a time of 33.99. Canadian Laurent Dubreuil finished third with a time of 34.06 points. For the World Cup leader, it was his eighth place on the podium this season in the 500m in this circuit.

Miho Takagi did not run the 1500m in Calgary. The world record holder from Japan (1.49.83) won the first three World Cup competitions at this distance. It slipped to third place in the World Cup standings. Sato is the new leader, followed by Bo.

The Netherlands is not represented in Calgary’s ice skating mile today in Section A. Olympic champion Irene Fust and Dutch champion Antoinette de Jong, among others, have chosen a different path toward the Olympic qualification tournament in Heerenveen at the end of this month.

In the absence of competition from the Netherlands, China’s Zhongyan Ning won the 1000m at the Speed ​​Skating World Cup in Calgary. He won in his personal best time of 1.06.65. He surprised 17-year-old American Jordan Stolz with the silver medal, and also scored a personal best result (1.06.96). Russian Viktor Moshtakov, winner of the 500m race earlier in the day, finished third with a record of 1.06.98.

Russia’s world record holder Pavel Kolezhnikov (1.05.69) was disappointed once again. He drove for the nineteenth time with 1.08.60. Earlier today, Kulijjnikov did not pass 34.40 in Group B at the 500m.