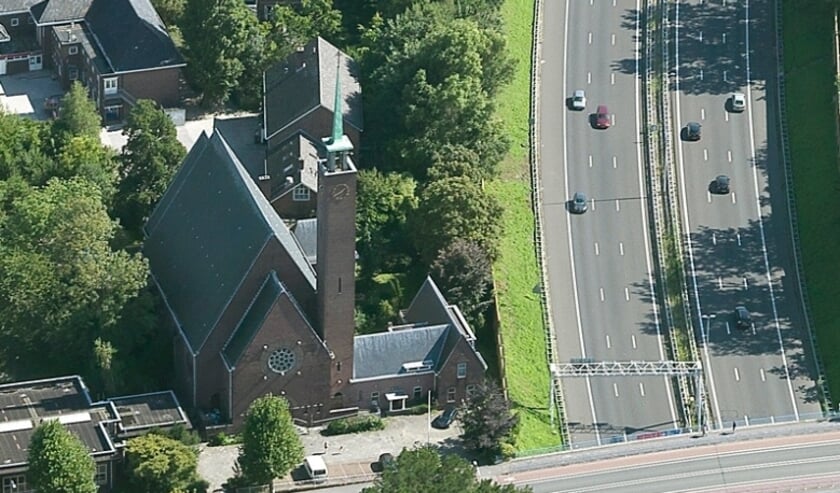 Amstelfin To make room for expansion and the sunken site of the A9 Badhoevedorp – Holendrecht, Anne’s Church’s pastor house must be demolished. Rijkswaterstaat will begin demolishing this Monday, March 1. Work is expected to be completed by the end of March.

Rijkswaterstaat purchased Anne Church on February 1, 2013. Until last year, the pastor’s house had been rented and occupied under an “anti-squat contract”. The church is leased to the municipality of Amstelveen and has been the home of the Naeckte Brouwers family for some time. The church itself may remain, but the pastor’s house is an obstacle to achieving expansion and must be demolished.
Demolition line moved The demolition is done carefully so as not to cause any damage to Anne’s Church. Handpieces and a grinder (a type of concrete shears) are used to smash the priest. At the request of the current user, the demolition line has been modified, separating Anne’s church from the church, and thus the site from which it will be demolished, so that the remaining space is better connected to the church.
continuation After the priest’s building is demolished, work will begin on the temporary bridges over the A9 motorway that will maintain links between north and south. Space is needed to access the worksites for the temporary bridge over Kazernepad. Next, space is needed to realize the sunken site and roof of Oude Dorp.
Finishes After the priest’s house is demolished, the side of the church will be pulled by wind and water. Stones from the priest preserved. When work has been completed on A9, it can be used to finely finish the side wall, in the same style as the church.

See also  Knoll (80 years old) sells his English dream villa: 'The hobby got out of hand'