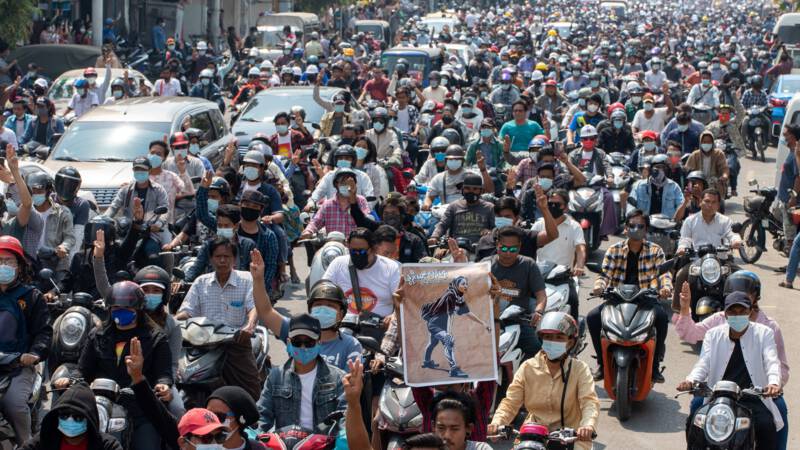 The killing of Kial Sen angered the protesters. Hundreds of people attended her funeral. They say the regime is trying to hide the fact that the woman was killed at the hands of the security forces.

Today, state television reported that her body had been exhumed for investigation, in the presence of the police, the judge and doctors. Doctors found a wound to the back of the head and a piece of bullets measuring 1.2 x 0.7 cm, which they said was different from the bullets used by the police. MRTV said Kiyal Sen also encountered police when she was shot from behind. The radio concluded that “it can therefore be assumed that those who do not want stability carried out the attack.”

Protesters who were with Kyal Sen when she died are contradicting that lecture. They said they were shot by the police during the fatal bullet. Two photos taken by Reuters news agency, shortly before her injury, show that she has turned her face away from the security forces.

According to state television, the authorities asked Ma Kel-Sen’s family for permission to exhume the body, but it is not clear whether this permission was granted. After the autopsy, the woman was reburied and the grave was covered with cement.