The British are also watching the Queen’s funeral in Ghent: ‘Just say goodbye, even when we are on vacation’ | Ghent 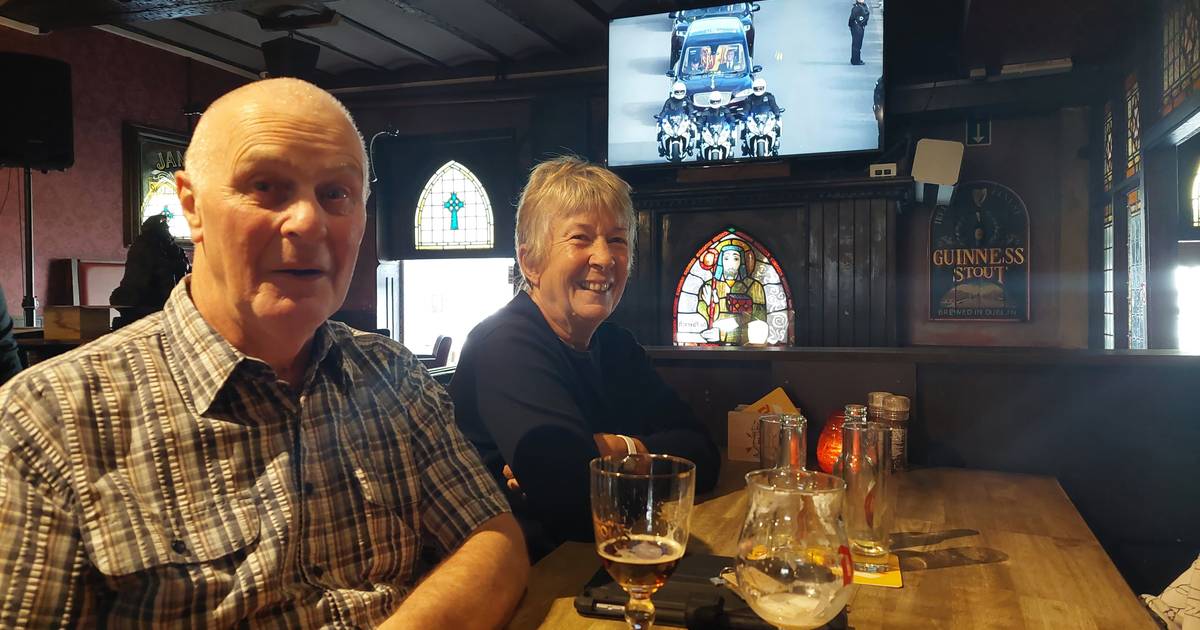 Pat and David Hope, a pair from Sutton-Coldfield just above Birmingham, chose a very unfortunate moment to descend to Ghent. The two Britons often visit Arteveldi, but had they known that their Queen would be buried on Monday, they might have queued in London to say goodbye. Alternative: Stand in front of screens at Patrick Foley’s Irish pub, where the funeral is broadcast in full. It’s not quite over the top, the Irish Republic has a special relationship with the United Kingdom. But Pat and David don’t think they’re the only ones glued to TV.

“She was a good queen,” says David. “Although I think Charles would also be good as king. He was way ahead of his time with his interest in the climate and that is why he has such a peculiar image. However, I think he will be fine.” Of course he cannot replace the Queen. “She had a great sense of humor.” The two are in the Irish pub with two Dutch friends on vacation from Amsterdam. “It wasn’t really planned that way, but we got it. We’ve also spotted Maxima. The Dutch and Belgian royal couple have a very different reputation than the British monarchy. Well, there’s no going back on that.”