The Daily Herald – 27 students leave for Holland on Monday 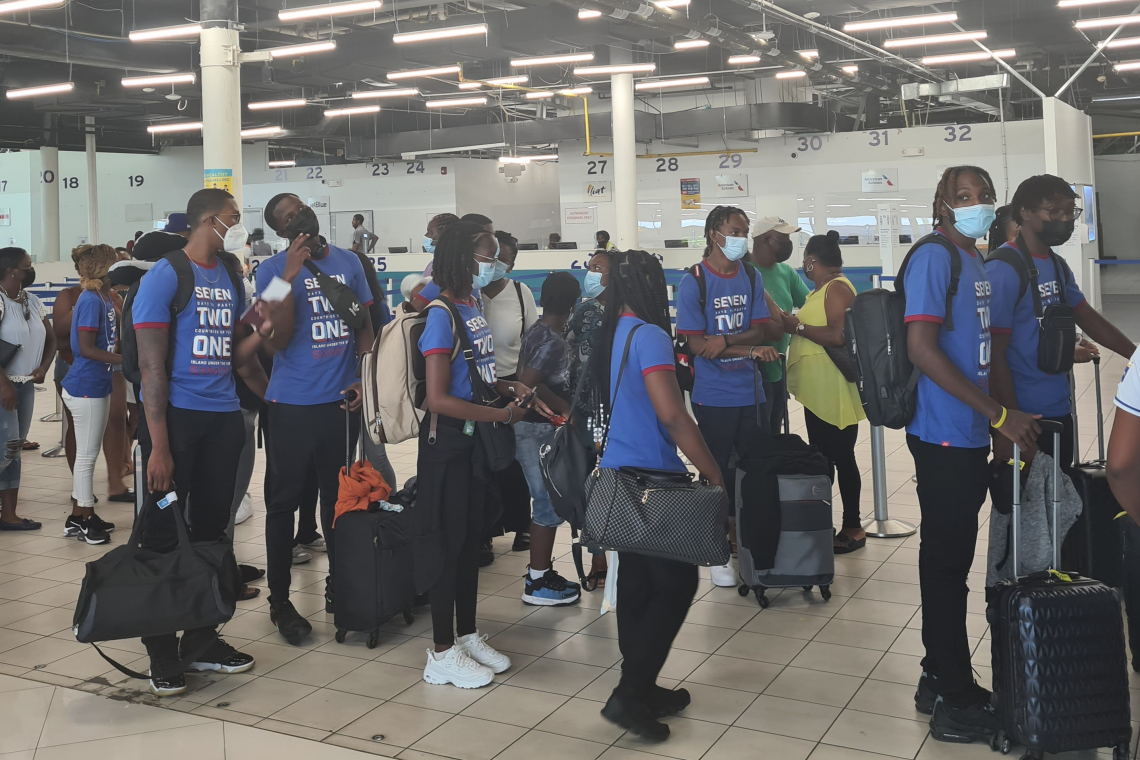 The students are preparing to leave.

Airport – Princess Juliana International Airport filled with family, friends and donors in preparation for the departure of 27 students for the Netherlands on Monday afternoon.

Antonio Aventurine, Head of Student Finance, said: The Daily Herald 28 students were originally about to travel, unfortunately one of the students tested positive for COVID-19 and thus was unable to travel with his peers. However, he said that this student will continue his travels once he is released and can fly safely.

Families say their last goodbyes as the students prepare to leave.

When asked how the COVID-19 pandemic has affected plans for this trip, he said the Student Finance Department has developed a protocol since last year in which students receive valuable information. Before the trip, the students took part in preparatory workshops. Student Support Services and the Ministry of Health, Social Development and Labor also participated as lead facilitators in these workshops.

Prior to the trip, all students were required to take COVID-19 tests as part of the specific requirements to enter the Netherlands. All standard protocols for the students were also followed.

He also said that no department staff traveled with the students during this trip due to financial constraints.

However, he explained that the students would take a direct flight to the Netherlands, and several parents accompanied their children on the trip. Once in the Netherlands, they are greeted at the airport with the team.

In the Netherlands, students will participate in a planned orientation programme. During this period, as in previous years, students are supported in a stable and equipped manner by study advisors and assigned supervisors (other students currently studying in the Netherlands). You will also participate in workshops and activities during this period. After this orientation, the students split up and headed to their cities.

The main cities they go to include The Hague, Rotterdam, Arnhem, Nijmegen, Maastricht and Groningen.

He said that despite the COVID-19 pandemic, the department is working hard to ensure that all students who leave to pursue higher education are well prepared for their journeys.

The newspaper spoke to student David Clifford. When asked about his travels to Holland, he said it was a sweet and bitter moment for him as he was sad to leave, but at the same time very excited to start a new one. This is his first time visiting the Netherlands, but he emphasized that very extensive research has been done on what he can expect when he gets there. “I think it all happened to me.” [during my research – Ed.] I can handle that, so I’ll be fine.” Clifford will continue his studies in European and International Law at The Hague.

Another student, De’Janee Lake, said she felt a mixture of excitement and a bit of nervousness while she was waiting to leave. Although she is no stranger to Holland, she admitted that she was very young at the time and doesn’t remember much about this trip, so she is excited to see what Holland has in store. You are following a cosmetology course in Rotterdam.

Before they left, Education, Culture, Youth and Sports (ECYS) Minister Rudolf Samuel took the students to a private room where he delivered his speech. Soon, the students and families had a brief moment before their final farewell.

When the students were called to the departure hall, hugs and farewells were shared at the last minute. Many cried when they saw the students leaving with their peers. Some found it hard to let go of this and kept doing it for as long as possible until the last minute.

As the students made their way to the departure hall, a crowd of family, friends and supporters applauded and cheered, a final show of support for all the students on their next trip.