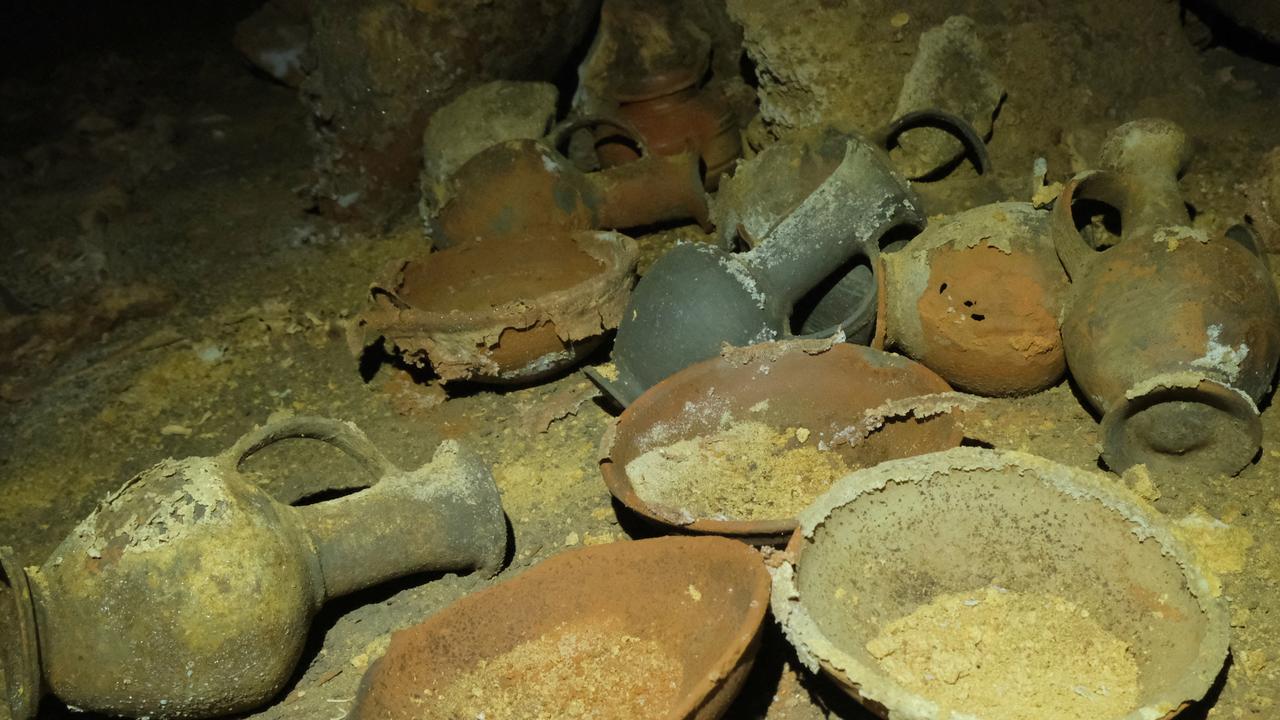 Today, Sunday, archaeologists revealed in the Israeli media the discovery of a burial cave dating back to the era of the Egyptian pharaoh Ramses II. The cave is filled with dozens of pottery and bronze objects. The Israel Antiquities Authority (IAA) calls it an “extremely rare” find that dates back to 1231 BC.

The cave was accidentally discovered on a beach near Tel Aviv on Tuesday, when an excavator crashed into the roof of a man-made cave. Archaeologists descended into the cave with a ladder.

The objects were funeral offerings to accompany the deceased on their final journey into the afterlife. The objects were placed there about 3,300 years ago. At least one skeleton was found in the cave.

The Antiquities Authority said the cave has since been closed and will be monitored until a plan is drawn up for a full excavation. The organization decided to enforce surveillance when it became apparent that “some items” had already been looted in the short period between discovery and closure.