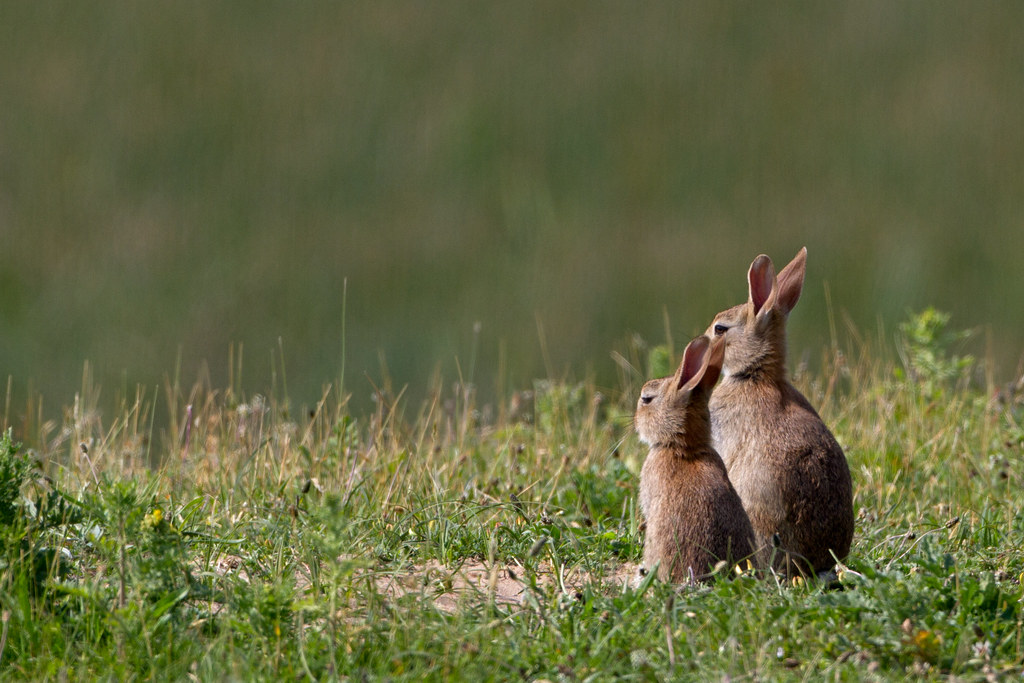 Region – Rabbits don’t do well in the hills. While conservationists talked about a veritable rabbit plague in the dunes in the first half of the last century, you have to look hard now to find the last rabbit. Nature is in trouble, says the Dune Conservation Foundation.

Rabbits are not native to the Dutch hills, it is often said. But they have lived there since the fourteenth century, and they fulfill a useful function in the hills. A dune area with many rabbits is often a dune area with high biodiversity. The rabbit was once found throughout Europe, but only in the Iberian Peninsula and the south of France after the last ice age. From there, the species spread to much of Europe during the Middle Ages, and later to Australia and New Zealand.

The first mentions of rabbits in the Netherlands and Flanders date back to the thirteenth century. Rabbits were kept in an enclosed ‘waranda’ to hunt and eat. But the escaped rabbits did surprisingly well in the wild. The dune area was quickly taken over by the escaped rabbits.

By grazing, rabbits keep vegetation short and species-rich and herbaceous vegetation is created. Digging holes and holes brings fresh and sometimes calcareous sand to the surface, creating all kinds of ecological differences in the dunes. As a result all kinds of growth opportunities arise for different plant species.

Myxomatosis was introduced in the 1950s as the first blow to rabbits. It is a viral disease to which European rabbits are particularly susceptible. The virus originates from South America, where it is a very mild disease of rabbits. The disease was deliberately introduced into Australia in the 1950s to combat rabbit plague. In 1952, the virus appeared in Europe and within a few years infected the entire continent, including Great Britain.

After the virus caused a veritable carnage among rabbits in the 1950s and 1960s — thereby killing itself — a milder form of the virus emerged. In this mild form, rabbits are still very sick, but in some cases recover.

A second blow to rabbits came in the 1990s with rabbit hemorrhagic disease virus (RHDV). The disease was first observed in China in 1984 and appeared in Europe in 1989. In no time, the rabbit herd in the hills, which had begun to recover from myxomatosis, was decimated.

The worrying thing about the RHD virus is that permanent resistance has not yet developed. Resistant rabbits are found in the rabbit population, but the resistance disappears in the second generation of young rabbits. Then they get sick.

There are now nature managers helping the rabbit survive in the dune area. For example, rabbit holes are cut here and there so that nutritious grasses and herbs can grow. A well-fed and healthy rabbit is more likely to survive if infected with the virus. And throughout the open dune areas, fagots are sometimes placed to provide shelter against predators such as foxes.

Another step is to reintroduce rabbits into mounded areas where rabbits have completely disappeared. This must be done carefully, because a lot can go wrong and rabbits can die. In recent years, a panel of experts has looked into what measures could help the rabbit population recover.

The next edition of the quarterly journal DUIN will feature an interview with one of the researchers. Get DUIN too? Register before December 1 to become a donor to the Dune Conservation Foundation. See www.duinduinen.nl For more information. (Photo: Martha de Jong-Lantink)