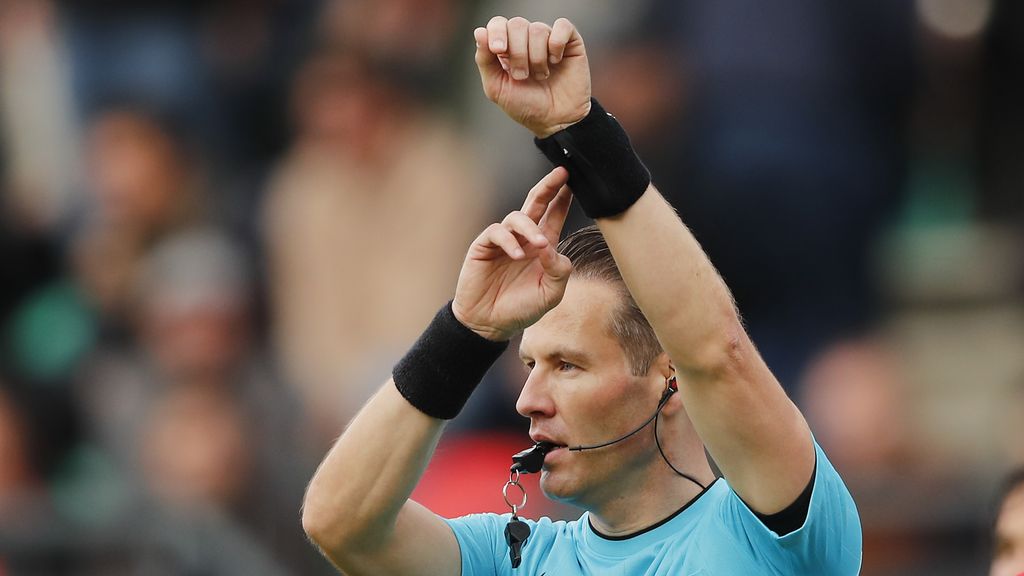 Wasn’t it offside, no penalty? Why did this player get a red card? After the winter break, the Dutch referees will not explain their decision to the camera. The KNVB is introducing a new modus operandi for this, initially for a period of six months.

The federation will follow the line used by UEFA and FIFA. Referees in international matches are not allowed to be in front of the camera to discuss game situations.

The arrival of VAR also reduces the need to motivate decision-making, because, for example, offside or hand (also) are determined using video images, according to the KNVB.

Referee Serdar Gözübüyük told Ziggo Sport a few days ago that the refereeing committee no longer wanted to appear in front of television cameras. “In the Netherlands, it’s quite unique to come in front of the camera afterwards. Mostly only if it’s negative. After a dubious moment you hear a knock on the door 5 minutes into the game. And then it’s the commentator or reporter who says Guzubuyuk: Come and say you’re sorry? It’s Always negative.

“I think it’s a negative if you just have to be in front of the camera in a bad moment.”

The experiment will start after the winter break and will last for six months, after which the federation will consider whether to extend the project.

According to KNVB, in exceptional cases, referees will still give explanations on television, but only to explain a rule or procedure if there is any doubt about it. In this case, broadcasters must first submit a request to the press office.