The East is getting richer: Asian economies are growing fast 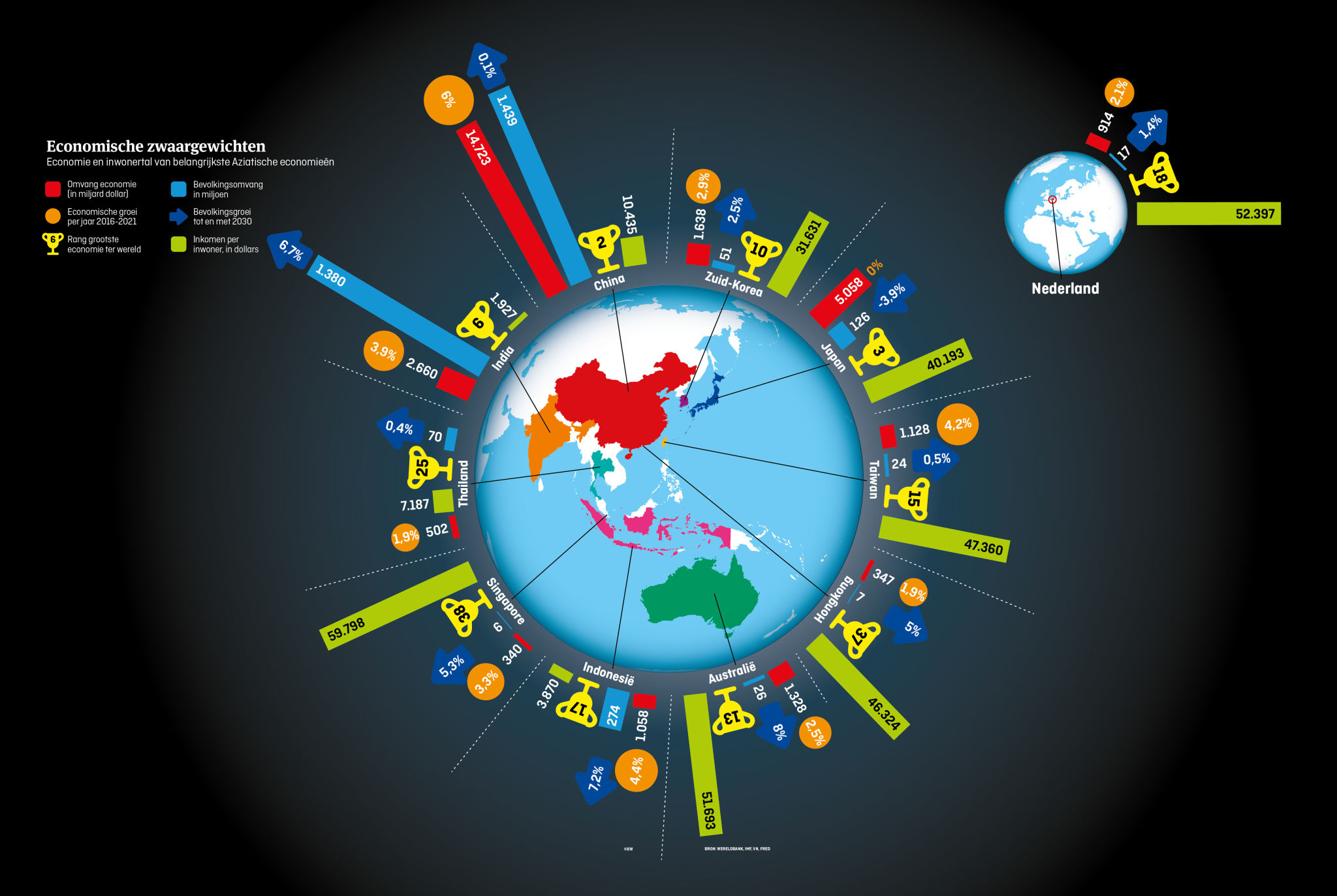 Gone are the days when the West was powerful. Asian economies are growing rapidly. But the differences between countries are significant.

About ten years ago, it was simple: The economies of North America, Europe, and Asia were all about the same size. Eastern economies now total $39 trillion, according to International Monetary Fund figures, compared to $29 trillion for North America and $24 trillion for Europe. Together, the “Western world” has more economic clout, but the trend is clear. Gone are the days when the West was powerful.

The differences between Asian countries are great

The differences between Asian countries are significant. Japan has been an economic superpower for decades, but it is in a recession. Although it is still the third largest economy in the world, the average wealth of citizens is four times that of China, the neighboring country which is the second largest economy in the world. Taiwan’s economy is larger than that of Indonesia, while the island has less than a tenth of the huge archipelago’s population.

An underappreciated giant in the region is Australia, the thirteenth largest economy in the world. In this decade at least, a country with traditionally strong immigration has managed to avoid the dramatic demographic decline that has plagued Japan and China, for example.

The mistrust between countries is deep, such as between South Korea and Japan. Small, open economies like Singapore and Hong Kong fear powerful neighbors – and rightly so, in light of the recent Chinese crackdown on Hong Kong. And from Taiwan to India, almost every country fears China. Will Asian economies also have the opportunity to continue growing quietly in the coming years or will they – just like Europe in February – face the fact that peace and geopolitical stability cannot be taken for granted?

See also  Globally, 40 percent of the country is severely affected