The European Union tightens the climate target again: emissions are not reduced by 55, but by 57 per cent | climate 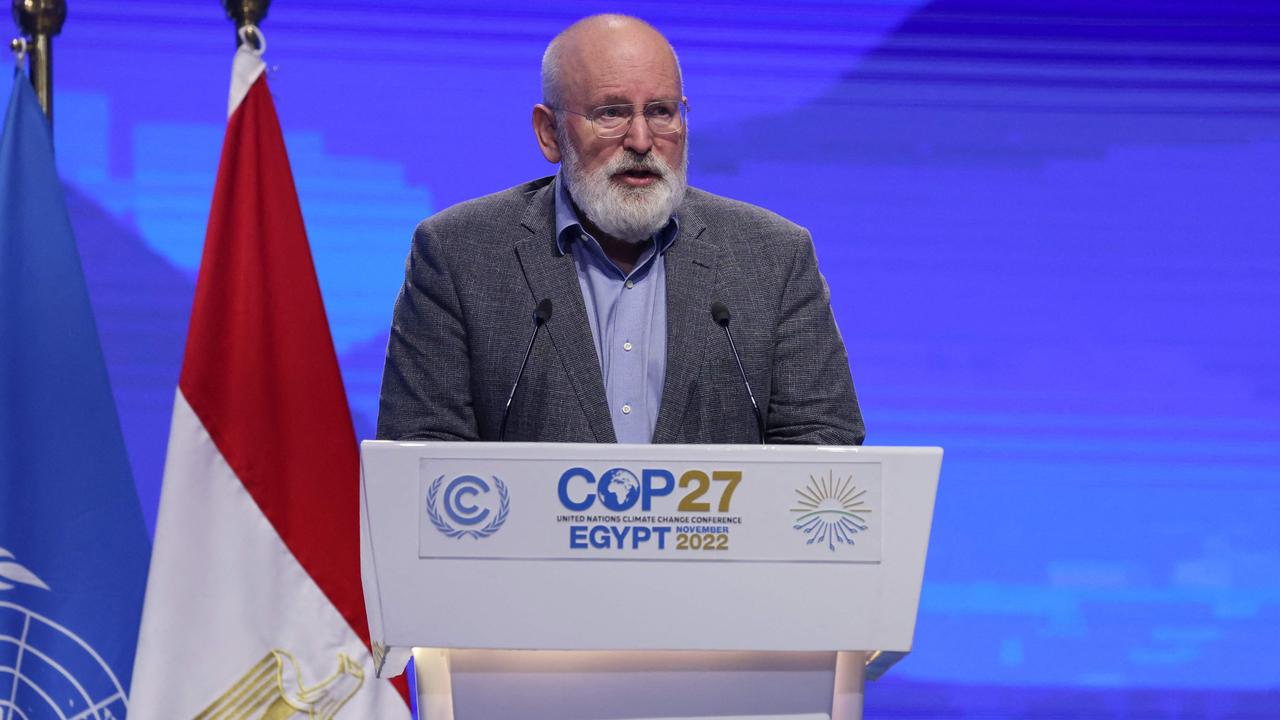 The EU will again increase its common climate goal for 2030. Most likely, Europe wants to reduce greenhouse gas emissions by 57 percent instead of the 55 percent currently targeted. “We are accelerating,” European Commissioner Frans Timmermann said at the climate summit in Egypt.

Last year, the European Commission introduced a raft of measures to cut emissions by at least 55 per cent. Prior to that, the EU was still aiming for a 40% discount.

But due to the Russian invasion of Ukraine and the energy crisis, additional measures are being taken to generate renewable energy and save energy. According to Timmermans, these steps reduce emissions by at least 57 percent. That’s why the European Union also wants to toughen its official climate target in the run-up to the next Climate Summit, next year in Dubai.

“Don’t say the EU is backing down,” Timmermans said. “Don’t say the Russian invasion of Ukraine is destroying the European Green Deal.” “Europe is still on the right track. We are even accelerating.”

With this announcement, the European Union is also pressing other countries to toughen their emissions targets. So far, this is rare in Egypt. Calculations before the start of the climate summit showed that the current climate promises of the 197 participating countries are still far from enough to limit global warming to 1.5 degrees.

Another important topic at the Climate Summit is compensation for permanent climate damage. Developing countries want rich countries to provide funds for this. Timmermans says he wants to take “concrete steps,” but has hinted that not all decisions can be made in Sharm el-Sheikh. “I hope we give ourselves the freedom to move forward, without having to actually answer every question.”