The first plane to go into space 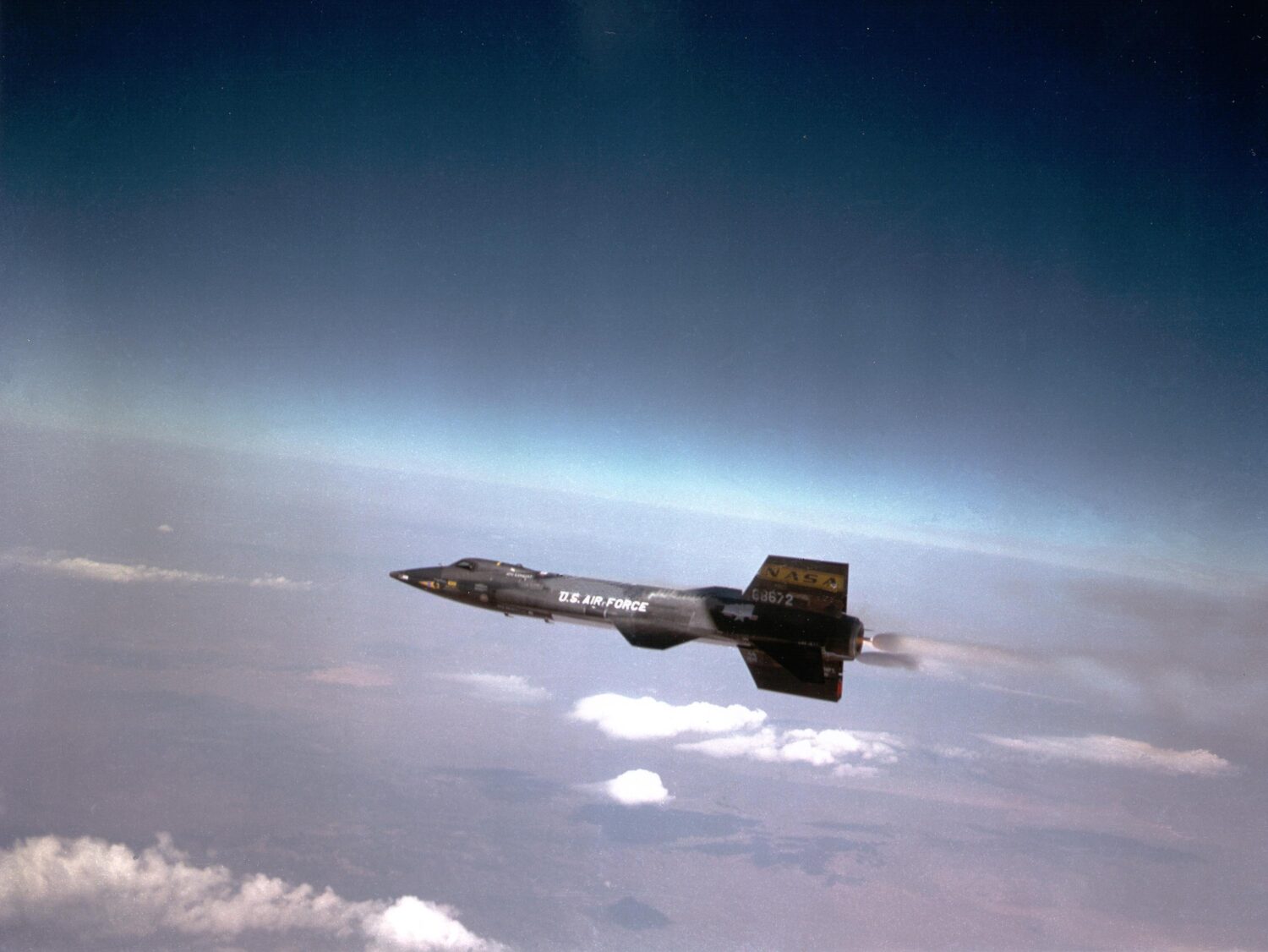 One of the biggest stories that happened a few weeks ago was the successful flight of Virgin Galactic for SpaceShipTwo. Online reactions have been commendable, praising this escape route as a stunning futuristic model for space travel. But the flight is actually an old flight path, flown by X-15. Although the X-15 was never put into orbit, it is the first aircraft to be launched into space.

The story of the X-15 began when the space race between the Soviet Union and the United States erupted. With the concurrent Mercury spaceflight program, the United States has been rapidly moving into space, but it lacks the basic data needed to achieve that goal. The X-15 was built by North American Aviation. The purpose of the X-15 program was to gain knowledge about aerodynamic heating, re-entry conditions, acceleration and deceleration forces, and human responses to weightlessness.

In 1963, the small plane was launched under the wing of the B-52 bomber at an altitude of about 14 km. Pilot Joe Walker turned the main engine on and climbed in a high arc while burning all his fuel. He then landed without an engine on the dry lake bed at Edwards Air Force Base in California. Following an arc-shaped flight path, the X-15 flew across the Kerman Line, the boundary between sky and space. With a peak altitude of 67 miles and a top speed of Mach 6.7, the X-15’s flight profile is identical to the Too spacecraft.

In February 1956, the US Air Force’s Air Research and Development Command (ARDC) began work on a follow-up program for the X-15. Dubbed Project 7969, it was intended to speed up the launch and recovery of the spaceship. The desire to send a human into space became even more pressing after the Soviet Union launched Sputnik. The airline’s proposals began pouring into the Air Force. There was so much that a joint Air Force committee met in late January 1958 to evaluate the proposals.

To survive significant atmospheric re-entry, the newer X-15 will have drag (a substance that burns away when heated) beryllium oxide on its leading edges. Additionally, the device will have a René 41 alloy heat shield and an overall thick Inconel X body that can withstand high temperatures. But unlike the sub-orbital version, the newer X-15 won’t land. The pilot was jumping out of the plane and landing with a parachute. North America expected to put a human in orbit within 30 months at a cost of just $120 million.

North America took this initial plan a step further and created the X-15B, a larger model of the aircraft with room for a second pilot. The X-15B was the proposal that North America made and took to Washington. However, there were another 421 proposals that came to the capital at the same time. Many of these, unlike North Americans, used much simpler capsules. The X-15B quietly faded into the background. North America reformulated the proposal in late 1959 and proposed launching the X-15B with a Saturn 1 missile. It could put a two-man crew in a sustainable orbit hundreds of miles from Earth. This proposal also led to nothing. NASA was too busy with the Mercury program, and the Air Force had enough of its own flight projects to keep itself busy. The X-15B has disappeared and is now on display in many museums in the United States.