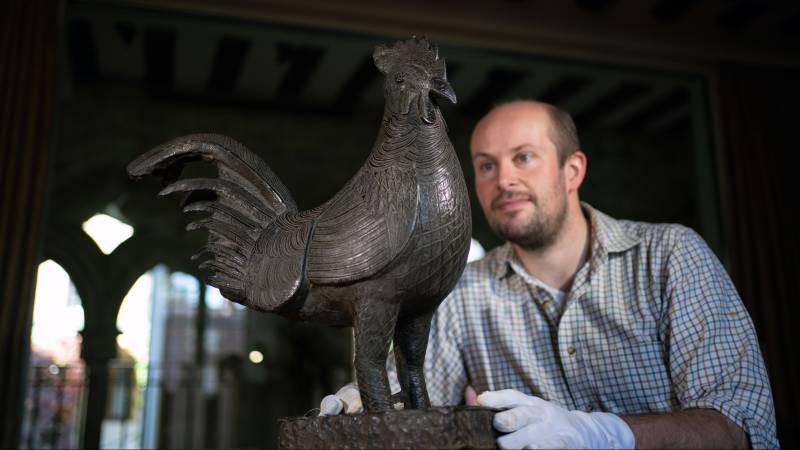 According to Evelien Campfens, a researcher in the field of culture and heritage law at Leiden University, the British move to actually bring art back is a particularly exciting one. “The British Museum and the British government are taking a very different path than the University of Cambridge. They want to explain better how the Bronze Boys ended up in Britain, but they’re not taking them back. Now that Cambridge has done it with the Rooster and others. And museums have announced similar moves adding to the pressure. On the British Museum.

There are also Bronze Boys in Holland. The Museum of World Cultures, which includes the National Museum of Ethnology and the Museum of Africa, examined its own collection and counted 1,144. It is not clear what will happen with it. In January, outgoing Minister Ingrid van Engelshofen (Culture, D66) sent a plan to the House of Representatives on returning looted artwork. The next government will have to decide that.

‘Proactively research and craft the rules’

According to Campfens, the Netherlands can learn something from the step they took today in Cambridge. “As a museum, do proactive research on the provenance of your collection,” that is its appeal. “Don’t wait for a country to ask for something, but just know what you have.”

Campfens also argues in favor of setting clear legal rules, so that it is clear when artwork should be returned and when not. “And above all, do it together. The fact that Jesus College at Cambridge was able and willing to return the Bronze Rooster to a Nigerian delegation today is due to the fact that both parties have worked together for years on equal terms.”

Aba Issa Tijani, Chairman of the Nigerian Museums and Antiquities Authority, responded with joy and pride at the ceremony in Cambridge. “We want to show Nigerians what theirs is. So they can connect with a part of their history that has been so distant for so long. It’s an honor to be a part of this celebration where we did the right thing.”