The former cafes Mascot and Stijl have become homes: Rush hour is no longer the touch of Strauss 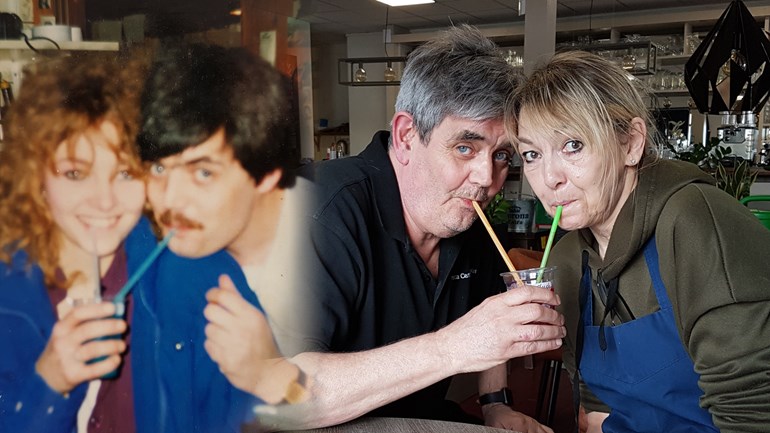 However, none of them lasted long. This year, the segment known as a nightlife site will definitely come to an end: the two vacant coins will now be converted into four rental houses. These homes will be completed by the end of the year. Enough reason to look back at the glory years with Dijkhuizen.

Dijkhuizen took over De Mascot from the Vinke family in 1978. “At that time it was nothing more than a cafe and an ice cream parlor. Later we turned it into a small restaurant.” He remembers that the case went like a train. “Of course we had a lot of visitors, especially thanks to the proximity to the zoo. Some morning we were chasing for 600 cups of coffee.”

Nine years later, Dijkhuizen added a portion, which later became a vault, to his business. “In those years, we switched to a comprehensive catering company and started serving alcoholic beverages. All the construction workers who visited us also wanted to drink a beer with french fries. So we applied for a permit after that.”

In the mid-1980s, Dijkhuizen decided to expand his own business by adding cellar to his business. “I initially used this space as a space for small parties. You can’t do more with that 60 square meters.” But it became a favorite place. “One of the regular guests shouted that he wanted to return the next Saturday to have a hundred men with him. If I could, I’d have a rush hour, I promised.”

Hardly more was said than the act, and Rush Hour – a beer for guilders – later developed into a well-known phenomenon in Emmen’s nightlife. As a regular beginner, Dijkhuizen always played a piece of Strauss to signal to the pedestrians that the clock was about to start. “There was no beer anymore,” he laughs.

“After Strauss, requests have flown around our ears. Ten beers! Twenty beers! Thirty beers!” How it went, says Digcoisen. He remembers well the cups of barley strewn on trays like flying saucers over the heads of the nightlife crowd. Was it the space or rush hour itself that made the basement unprecedentedly popular? According to Digcoisen, the answer is very simple. “Coexistence, I think.”

In 1990, Dijkhuizen expanded its business again by purchasing the adjacent building that housed the electronics company Crescendo. Renamed De Stijl: Café, built in the 1930s. Including a regular meter long table and classic billiards dating back to that period.

Catering establishments are growing into real hotspots among high school students. Every Friday afternoon, bikes stack up nearly for the driveway. “Absenteeism happened more than once, but it was sometimes treated very kindly. One day a teacher from the public school came here, looking for some missing students, which he found here naturally. So, are you here guys? Twelve cups of coffee.

In 2004, he sold his two companies, and together with his wife Rolanda, he focused on managing the Horecacentrum Rietplas in Rietlanden. He has visited his successors many times, but not so often. “I sometimes think of days gone by, but I don’t really miss it, no.”

Many regulars found their bars a permanent port. It led to synergy and how, “Rolanda explains.” I remember once a pipeline jumped on Weiert and the business was blank. We went to the Big Fun disco to get help from our regulars. They all helped clean up the place. “

See also  D66 Dongen: What does the lack of space on the power grid mean for Dongen?

Willem remembers in the harsh winter of 1979 how he helped everyone put scraps on the walls. “Bam! Everything was done in an hour.” People even got married to De Mascot. “At the tavern, please,” rolanda laughs. “How often does that happen?” According to her, this has something to do with the knight’s sentiment that hangs around both. “It was always all for one person,” Rolanda said. Willem: “We knew how many lumps of sugar people had in their coffee and which newspaper they preferred to read at the regular employees’ table. People simply felt at home with us.”