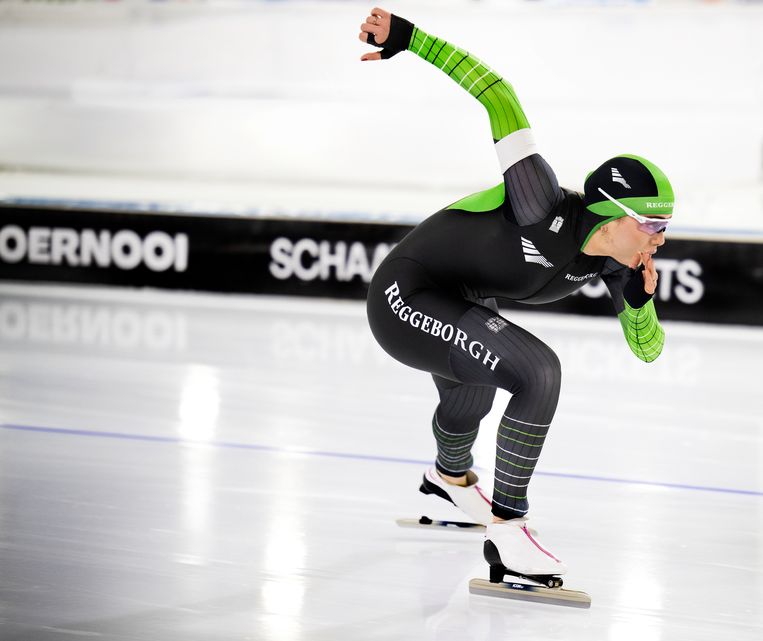 Marit Vlediros, 21, noticed she was “going well” in the atmosphere in her post-Olympic skating year. It’s very different from last season, when the pressure was great. It’s all about the Winter Games. This was also noted by young skaters, such as Fledderus, who did not participate in Beijing and were not necessarily expected to participate.

“Of course you get it, because you train together every day,” says Fledderus in the Catacombs of Thialf. “There’s just some kind of tension. It’s also good for everyone to focus, but it’s also good that things are more relaxed now. It definitely wouldn’t make me feel bad if the people around me were feeling relaxed.”

Fledderus had a “perfect weekend” for her. At the qualifying tournament in Heerenveen, she qualified in both the 500 and 1000 meters for her first World Cup competitions. In the shortest distance, she took third place and personal best (37.74).

The pressure around her may be less, but she has raised the bar herself. De Friezin is one of those skaters who wants to show themselves at the start of a new Olympics. Last year, she was still allowed to qualify for the World Cup finals, and she did. This year it “was” on itself. Or, in her own words, “I really wanted it.”

Fledderus also saw his Reggeborgh teammates Louis Hollar (24) – second in the 1500 and third in the 1000m – and Stefan Westenbrück (20) doing well. The latter managed to qualify for the World Cup competitions for the first time under his own strength. This was also his goal, but he exceeded his expectations by winning the 500m.

De Omenaar was a multiple times Dutch champion in the junior category. In the summer of 2019, he seriously injured his knee during a football match, after which he had to undergo rehabilitation for a long time. He’s proven he’s back this year by already skating under 35secs twice. His 34.87 win this weekend was a personal best result.

“It’s been a little more relaxed this season,” he says. “Last year has been more stressful, not even for me per se, but for the rest of the team, which I understand.”

Westenbroek was frustrated in the selection championship around his first 500m, in which he stayed above 35sec. In moments like these, his older colleagues like Gild Noyce and Heine Ottersper help him out a lot. They are there when things are going well, but also when things are not going well. They say: just keep calm, do your job. I love that.’

Sometimes Bo Snelink, 21, reassures his new jumbo teammate Gurit Bergsma (36). “Before this competition, I was probably letting myself run a little bit because I thought I should show it now,” says the young man. Then the Frisian routine says that he must be a little impatient, and that he himself began to drive well only when he was 26 years old. Then I think: I’m not a Jorit, I just want to be good now if I can. But he keeps the peace in the team.

Snellink finished third with a 5km run behind Patrick Roest and Bergsma. At a distance of 10 kilometers, he took fourth place with a time of 13.03.58, more than 10 seconds behind the two lists, who also took first and second places in this distance. “I need more experience to drive a really good ten kilometer at the start of the year,” says Snelink. “Right now, it’s a good idea, I’m ten seconds away from them, I’m there. I’m 21, and these guys didn’t do that when they were that age.”

According to Snelink, the post-Olympic calm is also noticeable in Jumbo, but as far as he is concerned, it shouldn’t be too calm. “Last year it was all about the games in the summer. Now everyone has to make sure we go full speed again.

In any case, the first goal of the season has been achieved. Snellink could lead four World Cup races with “a confident heart”. Also in this case, Roest and Bergsma are the reference point. I’d rather crawl into these guys. My goal was to be a bit good here, but it’s not like I’ve peaked here yet.

And only in four years should it be really cool. “The big goal is the games in Milan, and I’m really trying to lay a foundation for that.”