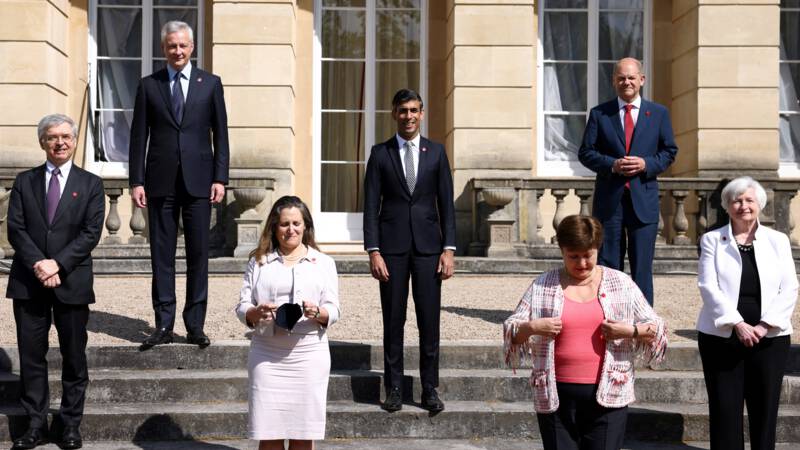 The G7, the grouping of seven major economies, wants a minimum corporate tax rate of 15 percent worldwide. The G7 finance ministers reached agreement on this at a meeting in London.

US President Biden recently proposed a global harmonization of tax rates. This agreement is an effect of that. The G7 consists of Canada, France, Germany, Italy, Japan, the United Kingdom, and the United States.

rest of the world

The plan is to discuss the minimum rate further at the G7 summit of government leaders at the end of next week. For the rest of the world to find out beyond the G7, that should also come at the G-20 summit later this year. The Organization for Economic Co-operation and Development (OECD), which has 36 member states, must also agree.

If such a global rate is introduced, it will be difficult for companies to avoid taxes through tax havens. This could generate many billions of additional tax revenue worldwide. “After years of debate, we have reached a historic agreement to adapt the global tax system to the global digital age,” said British Chancellor of the Exchequer Sunak. The plan is expected to mean that tech giants like Facebook and Google will also have to pay more taxes.

The outgoing Cabinet is pleased with the agreement. “The Netherlands supports plans to introduce minimum taxation around the world,” Foreign Minister Vigelbreev said of finances in response. “This way we can effectively tackle tax evasion.” Earlier this week he said in BV . News That if companies start paying more taxes, citizens may be taxed less.

See also  “Extended curfew, wait for the effect” • The decline in the Eurozone is smaller than expected

The G7 countries themselves already have a corporate tax rate of 15 percent or more. But some EU countries are now even lower, such as Hungary with 9 per cent and Ireland and Cyprus with 12.5 per cent. Cyprus Finance Minister Petrides recently said he believes tax rates should remain an individual choice for countries. It remains to be seen whether the EU will unanimously support the plan.