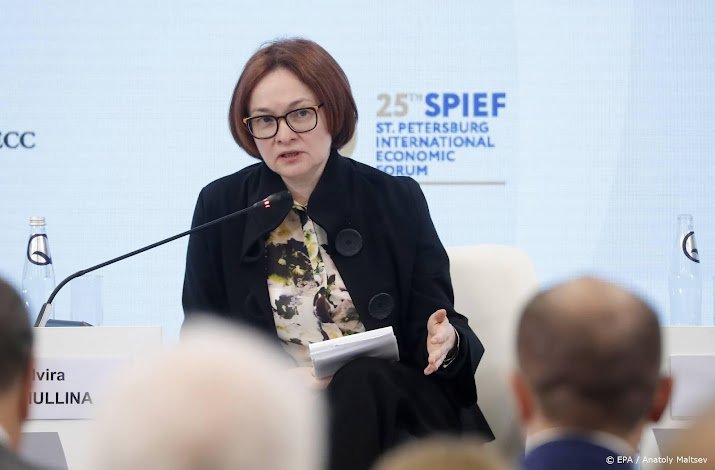 The United States and the United Kingdom have added the head of the Russian Central Bank, Elvira Nabiullina, to the sanctions list. It is one of the retaliatory measures that followed Russia’s annexation of four partially occupied regions in eastern Ukraine.

Nabiullina, 58, has been governor of Russia’s central bank since 2013. After Russia invaded Ukraine in February, she faced the challenge of stopping the ruble’s free fall. The Russian economy has been largely isolated by Western sanctions. In addition, the central bank itself has lost control of large parts of its international reserves as a result of the sanctions.

Among other things, Nabiullina significantly raised the interest rate to raise the ruble. In addition, the Central Bank limited the possibilities for Russians to withdraw foreign money, in order to prevent further depreciation of the ruble.

The new US sanctions list includes a total of 278 individuals who are responsible for holding referendums on joining Russia, which are widely seen as sham referendums. Besides Nabiullina, Russian Deputy Prime Minister Alexander Novak is a big name on the sanctions list. In recent years, he has played an important role in the negotiations between Russia and the cartel of oil countries, OPEC, on joint action to support oil prices.