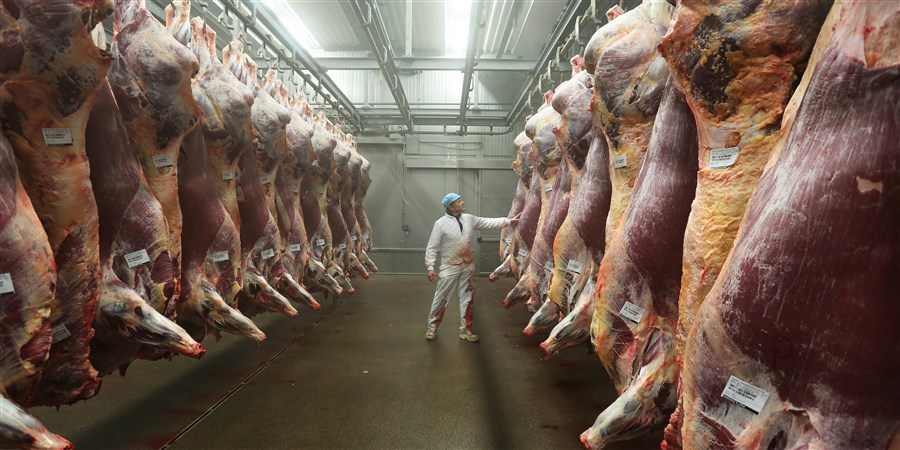 After the Netherlands, Spain, Germany, Poland and Denmark are the largest meat exporters in the European Union. The Netherlands is the largest exporter of beef and veal, the second exporter of poultry meat (after Poland) and the fourth exporter of pork (after Spain, Germany and Denmark). The main destinations for Dutch meat exports are Germany (mainly veal and beef), the United Kingdom (mainly poultry) and China (mainly pork).

of total meat exports صادرات 8.8 billion The euro accounts for 85 percent of meat exports produced or processed in the Netherlands and 15 percent for re-exports or transit.

60% of Dutch meat revenue from exports

Meat production and trade provides added value to the Dutch economy. In 2019, the Dutch economy made gains 8.7 billion euros in total meat sales, of which 5.2 billion EUR in exports and 3.5 billion Euros in domestic sales. Total Dutch Meat Chain 8.7 billion The euro accounts for 1.1 percent of Dutch GDP and 1.3 percent of total employment in the Netherlands (converted 98 thousand full-time jobs).