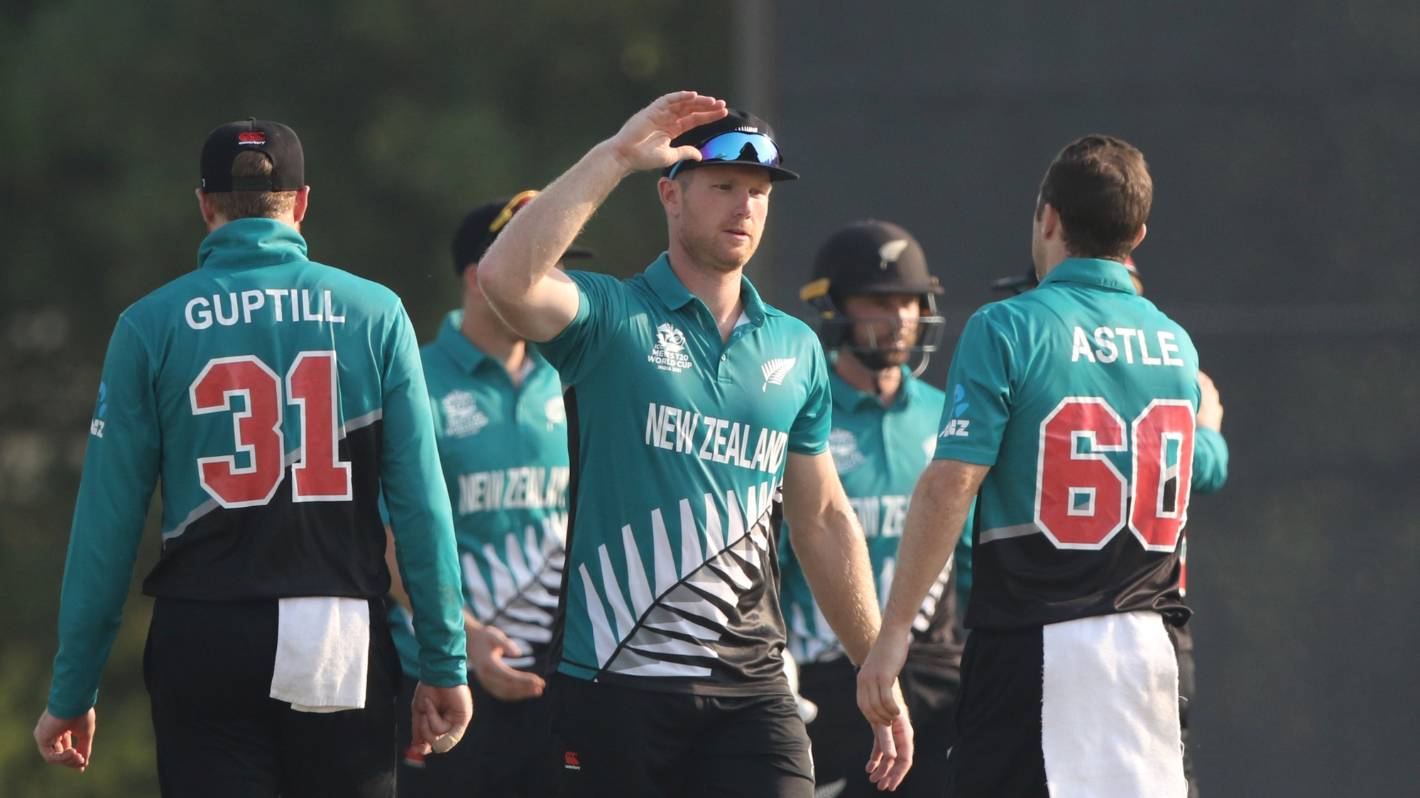 The Black Caps defeated the Netherlands in six games in the opening match of the World Twenty20 (New Zealand time) on Sunday.

With captain Ken Williamson and Mark Chapman both suffering from femoral shocks, Martin Coptal led the New Zealand team with only 11 players to choose from in the blistering position at the ICC Academy in Dubai.

When Mitchell Santner went to camp in the morning after Chennai Super Kings won the Indian Premier League, Kolkata Knight Riders Luke Ferguson, Tim Southee and Tim Seafert were not there after joining Black that night.

The eliminated Black Caps got off to a good start and after topping the table, Daryl Mitchell scored 40 goals with opener Kapil (32).

Team player Jamie Nesham scored 33 and Devon Conway (16) was the best assist, with the Kiwis scoring 154-8 20 times in the game.

In return, the Netherlands finished 148-8.

Gary Stead discusses the replacement of Ken Williamson and Shane Bond in helping both teams lead the T20 World Cup.

Apparently he has a lot of experience and I think he has been working in Chennai for 14 years [since his playing days]Santner, who was part of the group, said.

“He has seen a lot of T20 cricket and has a very good track record as a cricket coach, so he will bring some good things.”