The orange key players do recovery drills, keep on the field 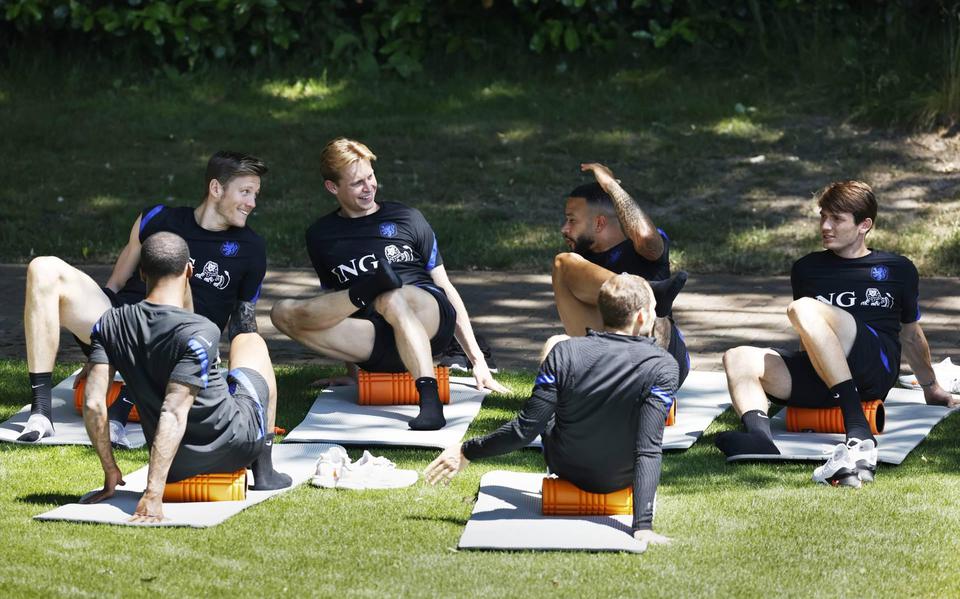 Today, Monday, the Dutch national team began its preparations for the second group match of the European Championship, against Austria, on Thursday. One day after the victory over Ukraine (3-2), the key players completed recovery exercises near the training ground at the beginning of the afternoon.

Goalkeeper Martin Stecklenburg was the only starting player to appear on the pitch at Zeist along with the reserve and five substitutes as of Sunday (Joel Veltman, Nathan Ake, Owen Wijendal, Luc de Jong and Doniel Mallin). The selection of 25 men is complete.

Matthijs de Ligt also participated again. Juventus’ central defender remained out of the squad for the match against Ukraine. De Ligt almost recovered from a thigh injury. De Boer did not want to take the risk with him, aiming to continue the course.

Denzel Dumfries still had the biggest smile on his face on Monday. The PSV Eindhoven defender, who wants to move to a foreign club after the European Championship, led Orange to victory in the final stage. He also participated in the first two goals.

Austria was too strong for North Macedonia on Sunday as Group C leaders after the first round, and the Netherlands and Austria start on Thursday at 9pm at the Johan Cruyff Arena, which will once again occupy 16,000 spectators.