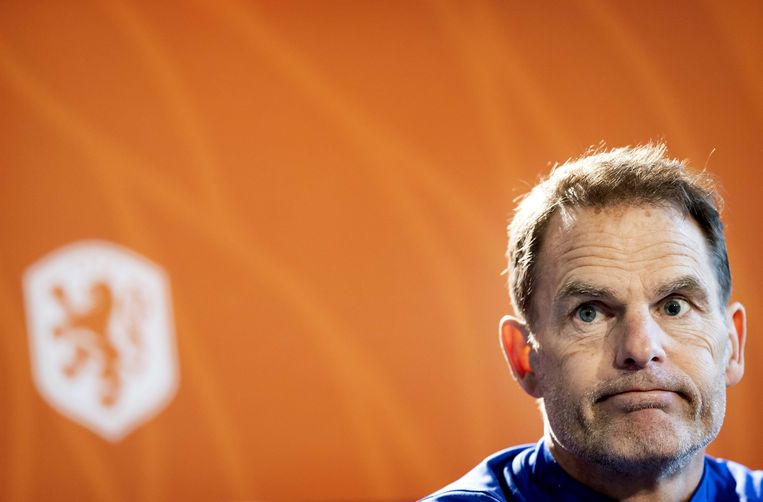 Amnesty Dutch hopes, among others, that national coaches and soccer players will speak out firmly against human rights violations in Qatar, after it is now clear that 6,500 migrant workers have perished in the construction of World Cup stadiums. National coach Frank de Boer previously wanted to separate football from politics as much as possible. The World Cup in Qatar was basically weird “because it’s not really a football country,” he told NOS in December.

On Tuesday afternoon, de Boer adopted a clear tone of disapproval. We all know what happened there and maybe it’s still going on. “I think everyone will agree that this is not good,” the national team coach said. A critical statement from KNVB.

According to De Boer, it is better to show the living conditions of migrant workers to the rest of the world in Qatar than to boycott the tournament. Human rights organizations such as Amnesty International and Human Rights Watch agree that the national coach defended this position. By “paying a lot of attention to it”, the Dutch national team wants to “hope with the federations and other countries – improve the situation.”

De Boer said how the selection wants to show violations at home will be determined in the lead up to the tournament. I don’t know when that will happen. But KNVB is working hard on this, along with other countries, that would be evident. The coach added that Orange should first qualify for the World Cup again.

Captain Jorginho Wijnaldum added that the Dutch national team also did not support the boycott. He thinks it will have a “greater impact” by actually going. Moreover, “We did not choose to play football in Qatar,” the midfielder said. He told him: “Maybe this is the case in Qatar.” Pascal Camberman of ESPN Press Medium, to warn the journalist of any hypocrisy about highly critical questions.

What was remarkable at the press conference was that Frank de Boer also shared his experiences as a soccer player in the Asian Peninsula. At first he saw his time as a player in Al Rayyan and Al Shabab, between 2004 and 2006, as a “paid vacation”, but gradually he “saw things” as he had “question marks.”

He said that Wijnaldum had only had an idea about the situation in the country since the end of 2019. It happened when we were going to play the FIFA Club World Cup with Liverpool there. Only then did I hear about the stories in Qatar. to be An article about 6,500 dead in the Guardian newspaper The captain believed that “a lot of other players and people” were not aware of what was going on there.

Wijnaldum had to explain why there were no concrete ideas for the group of players yet on how to defend human rights in Qatar, as it had done before, for example, in discussing racism in the Netherlands. The midfielder replied that it was better for KNVB to lead this with other football associations. According to Wijnaldum, any suggestion that Orange players are not allowed to speak out against racism, as they will be playing football in Qatar, is “very wrong”.