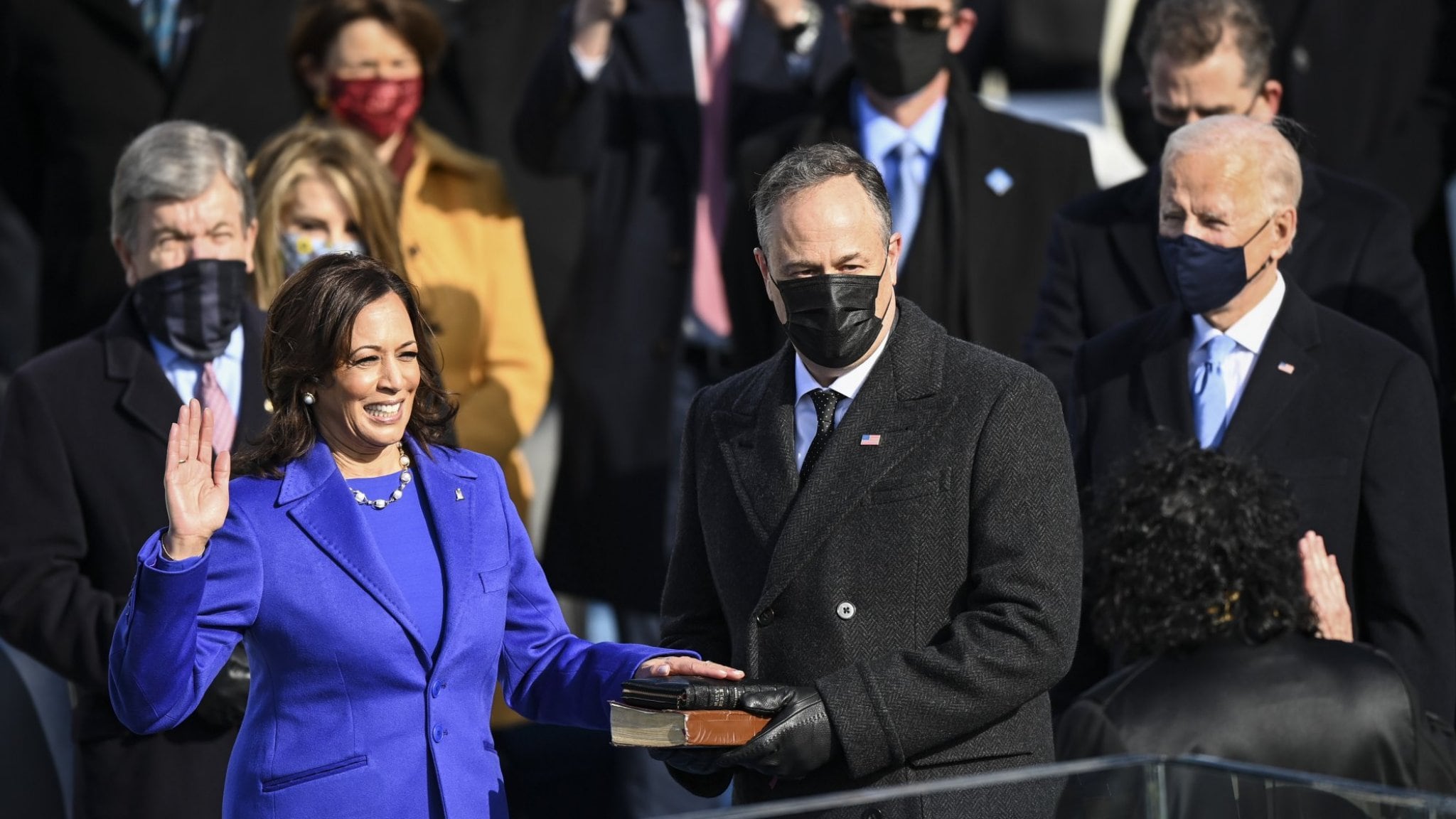 Kamala Harris went down in history this week as the first black woman and Asian American vice president of the United States. The 56-year-old took over her new position wearing a bold purple outfit from Christopher John Rogers and Sergio Hudson, two young black designers. “It is a huge honor that we played a role at this historic moment”, you can read on Instagram afterwards.

Purple was a conscious choice and had a deeper meaning than you might initially expect. In politics, purple symbolizes “unity” and “the meeting of two parties,” in this case the blue for the Democrats and the red for the Republicans. In addition, the shade fits perfectly into the renewed slogan of the US Cabinet:America is united“.

The politician complemented her dress with pearls from Puerto Rican-American designer Wilfredo Rosado, who pays tribute to her university organization Alpha Kappa Alpha. Pearls are a symbol of the Students’ Union and Alpha Kappa Alpha founders are also called “Twenty Pearls”. So every new member gets a 20-pearl badge.

With her carefully curated outfits, Harris also paid homage to Shirley Chisholm, the first female federal representative of African American descent and the first woman to run for president. She also liked to appear purple during her campaign in 1972.

With Kamala Harris, a breath of fresh air is breathed across the United States. But who is this new, most powerful woman in the world?