The red pigment in the Spanish cave appears to have been applied by Neanderthals more than 60,000 years ago | Sciences 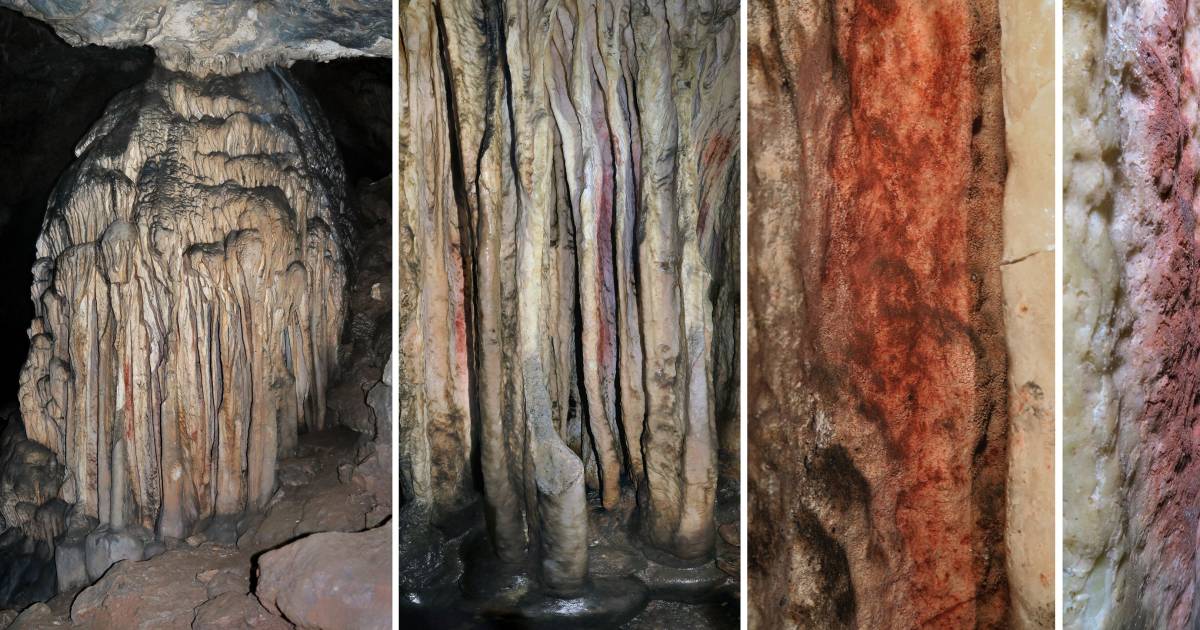 Neanderthals have always been thought of as gullible, but according to a study published yesterday, they applied a red ocher dye to stalagmites in a Spanish cave more than 60,000 years ago.

Already appeared in 2018 Investigation in a Sciences The red ocher pigment, found on stalagmites in Cueva de Ardales, has been classified as a work by Neanderthals. Since then, it has kept the archaeologist very busy in antiquity.

The study, conducted three years ago, wrote that the “art” is at least 64,800 years old, but found this discovery controversial. “The scientists said the pigments may have a natural cause,” said Francisco Derico, a professor at Purdue University and co-author of a new study published in the academic journal. Proceedings of the National Academy of Sciences (PNAS).

A new analysis showed that the composition of the pigments was not sufficiently consistent for natural processes. The red color could have been applied by spraying and blowing. Also, the texture of the pigment does not match that of samples from the caves, indicating that it came from an external source.

The research shows that dyes were applied at different times, sometimes as long as 10,000 years. According to d’Errico, this supports the hypothesis that Neanderthals marked cave with pigment several times over thousands of years. The research argues that hue is not an expression of art, but rather a way in which Neanderthals referred to the meaning of space.

These new discoveries add to mounting evidence that Neanderthals, who died about 40,000 years ago, were not “terrible relatives” of Homo sapiens as long believed.

The pigment in the cave, according to the researchers, “played an essential role in symbolism for Neanderthals,” but what exactly these symbols meant remains a mystery, even after this investigation.