The Russians attack the Azovstal plant, and Zelensky asks for help from the United Nations 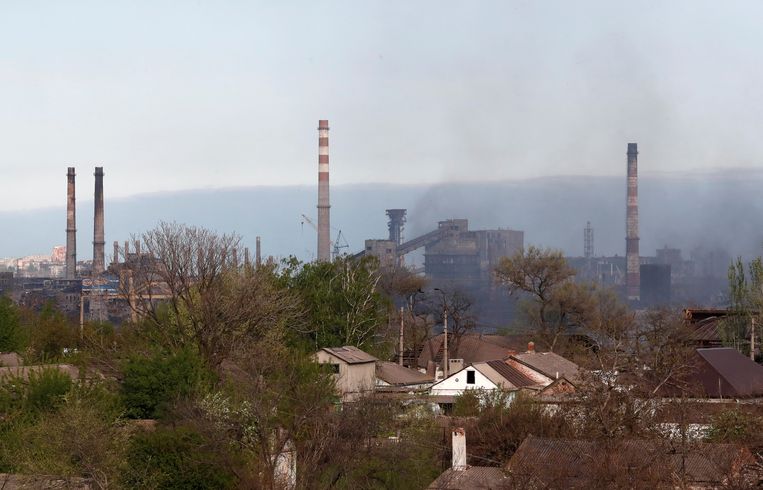 According to Arachhamiya, this is the second day of the storming and there is still contact with the Ukrainian soldiers standing there. The mayor of the port city, which has been largely occupied by the Russians, said earlier in the day that contact with the Azov battalion there had been lost due to heavy fighting. Initially, the Russian authorities said that they only closed the complex, but later in the day the storming of Moscow was confirmed.

It is not clear what the fighting will mean for the further evacuation of civilians who have been hiding in underground bunkers and compound tunnels for the past two months. Successful evacuations began earlier this week by the United Nations and the Red Cross, but local authorities say 200 adults and more than 30 children remain trapped in the compound.

Secretary-General of the United Nations

Ukrainian President Zelensky personally asked UN Secretary-General Antonio Guterres for help on Wednesday evening. “The lives of the people who are still there are in danger. We ask for your help to save them,” Zelensky said in a statement.

Guterres visited Kyiv for the first time last week and also in Moscow. The evacuation of civilians, particularly from Mariupol, was his main commitment there. Since then, the United Nations and the Red Cross have evacuated 156 people from the Mariupol steel plant, according to figures released by Ukraine’s Deputy Prime Minister Irina Vereshuk on Tuesday.

The Kremlin just announced that it will reopen the humanitarian corridors in the coming days, according to the state news agency Interfax, to allow civilians to leave the steel complex.