The shirt turns sweat and movement into electricity 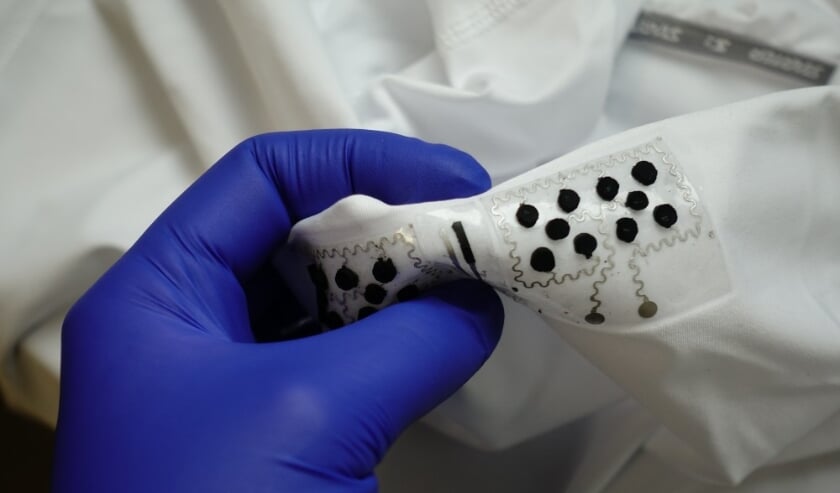 Researchers at the University of California, San Diego (USA) have created a sports shirt that, thanks to the integrated electronics, can generate enough energy from sweat and movement to power the watch. The combination of two different power sources and storage via the built-in capacitors ensures a continuous power supply. The scientists drew their inspiration from local power grids, which often combine different sources of energy (such as the sun and wind), and sometimes with large batteries for storage. But in this case it’s all about the microelectronics built into a sports shirt. Up front are bioreactors in which lactate enzymes from sweat are used to generate electricity. Additionally, there are small generators in the sleeves that draw energy from the friction between the arms and the body. Then the energy goes to the capacitors.


Bioreactors that generate electricity from sweat.

All parts are connected by silver wire printed on the material and equipped with waterproof coating. The parts are flexible and can be stretched with fabric. The different components are oriented to each other. During a run, the generators in the sleeves will first produce the lion’s share of power, while the bioreactors are only running at full capacity when the athlete begins to sweat after some time. During a test on a treadmill or exercise bike for ten minutes, followed by twenty minutes of rest, the shirt was found to produce enough power to run an electronic clock with a color display for half an hour. Researchers think they can also tweak their system.