The starting player is not a big statement from Australia 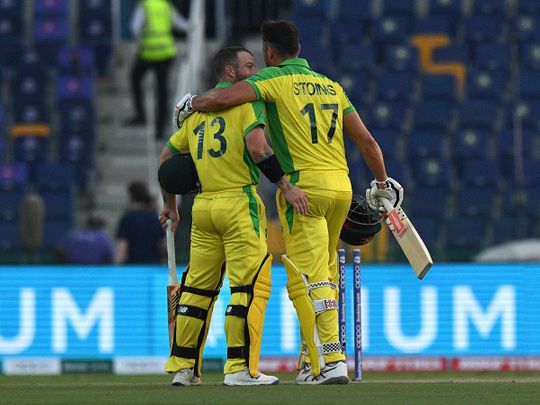 Dubai: Return to November 8, 1987. It is the final match of the Reliance 50 World Cup between Australia and England at Eden Gardens, Kolkata, India. Chasing a target of 254, England were on course to beat Australia 2 for 135.

Australian captain Alan Border was forced to move his innocent left hand in an attempt to break the alliance between Mike Gating and Bill Atteu. Crazy for a moment. Playing the batting reverse pass, he threw the ball to wicket-keeper Greg Dyer, giving Australia a chance and going home with seven points.

Fast forward to 2021. This is not the final, but the opening match of the Super 12 of the 20th World Cup. Steve Smith and Glenn Maxwell combined for 42 innings to put Australia below South Africa’s average of 119. Aidan Markram gave Smith a fantastic performance to give South Africa a big lead.

Three balls later, when Maxwell, made only by Tabriz Shams, played an inverse pass, this time to Australia – visions of history arose again. It will not be easy for Australia to lose a little and score. Did Maxwell do the cating? Well, the amount of opportunity is not the same. But those blows could have lost Australia’s game.

This did not happen. Matthew Wade and Marcus Stones, who survived moments of fear, ensured Australia’s victory with two balls to spare. An inverted wipe can change luck. Ask Kate.