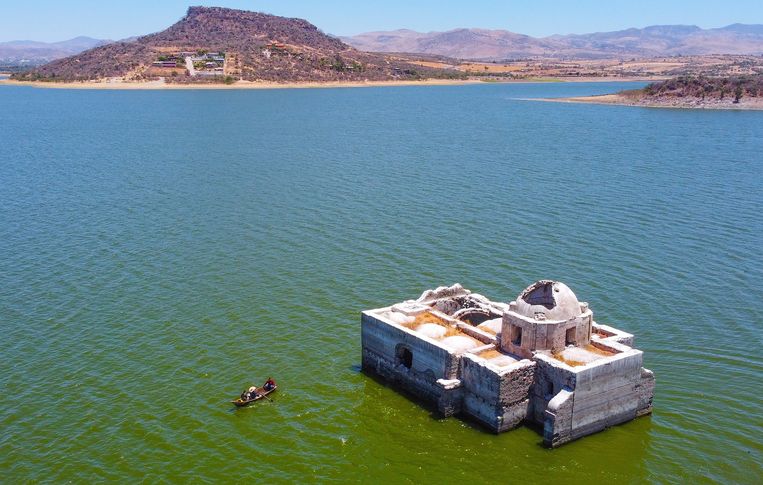 In pictures taken by a Mexican newspaper Millennium Published, it can be seen that the damaged Church of the Virgen de los Dolores rises considerably above the water. Locals take boats to the area in the state of Guanajuato to see a 19th-century church with their own eyes.

The church was flooded in 1979 after President Jose Lopez Portillo approved the construction of the Burissima Dam. The authorities decided to build the dam to prevent major flooding in the area. Years ago, the town of Irapuato, some 25 kilometers away, was flooded after another dam broke through.

About 200 hectares of land are inundated due to the construction of the Burissima Dam. Some in El Zangarro resisted the disappearance of their village, but eventually surrendered. “It was difficult for them to leave the village, not only because of the buildings, but also because of a sense of belonging to the city,” said Dolce Vásquez, director of the municipality’s archive. Residents were housed at the bottom of the area. They called their village El Zangarro again.