The Taliban separates women from men in universities 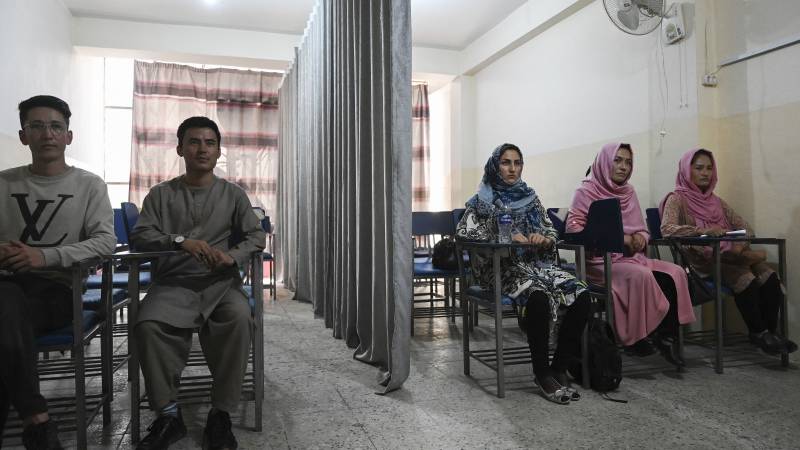 Women in Afghanistan are allowed to continue studying at university, but they are separated from the men. They are also taught by teachers only. The Taliban’s new education minister, Abdul Baqi Haqqani, said that if there was no other solution, another would be sought. “We can have male teachers teach behind a screen or use technology.” Haqqani believes that everyone will agree with the decision. “We are Muslims and they will accept that.”

Female students must wear a headscarf. It is unclear whether the face must also be covered and if there are also other dress codes.

The curriculum will also be modified. Haqqani wants an approach that is “in line with Islam and can compete with other countries.” How this will work in practice remains to be seen.

During the first Taliban rule, from 1996 to 2001, girls and women were not allowed to go to school or participate in public life. After the overthrow of the Taliban, the number of girls receiving primary education rose from nearly zero to 2.5 million, the United Nations education agency, UNESCO, said. The number of women able to read rose to 30 percent.

When the Taliban regained power last month, they promised that women would continue to have access to education and work. At the moment, women are only allowed to go to work in the field of health care, because the security situation does not allow this.

The Taliban renamed the Ministry of Women’s Affairs; It is now called the Ministry of Virtue. It is the ministry that supervised the observance of Taliban law in the streets during the era of the first Taliban. Officials in this ministry punished women who dressed “indecently” or who traveled unaccompanied by a man with corporal punishment.

See also  Heavy rain continues, half a million Australians may have to flee