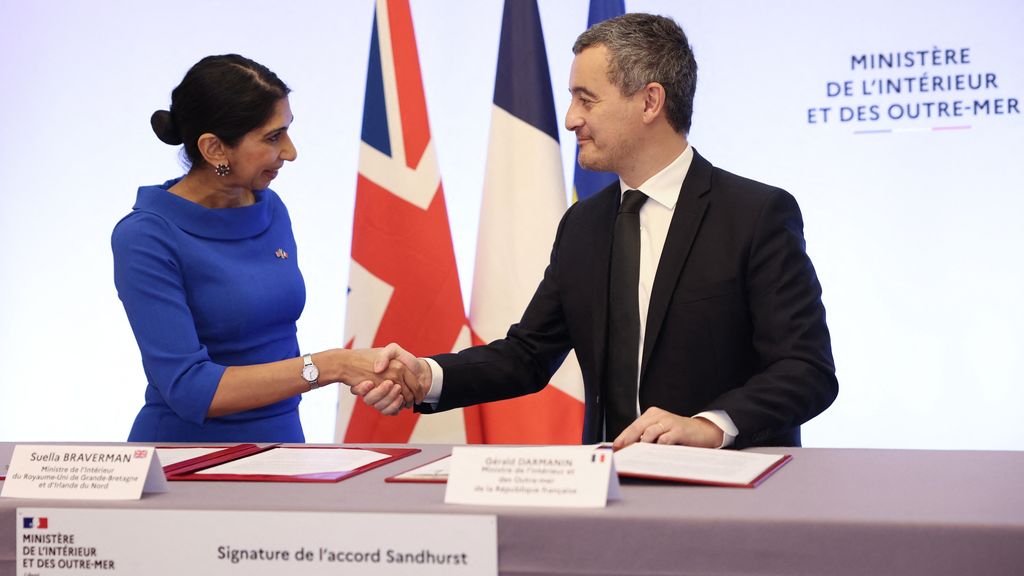 The UK and France have reached an agreement to reduce the number of asylum seekers crossing the Channel to England. The deal was negotiated months ago.

The two countries agreed, among other things, that the UK would pay more to France. Next year, France will receive 72 million euros. In turn, France is deploying more police officers to patrol beaches and stop boats carrying migrants. By the middle of next year, the number of agents was supposed to increase from 200 to 300.

It was also agreed that British officers would also be stationed in control rooms in France for the first time and, conversely, that French officers would be allowed to monitor from the British side. This would improve coordination and information exchange between the two countries.

France correspondent Frank Renaut on the significance of the deal for France:

The new agreements are very important politically because Paris wants to show that it is not standing idly by. A few weeks ago in France 12-year-old girl killed. The suspect was a woman without a residence permit. At that time, the French government received a lot of criticism from right-wing parties: tougher measures had to be taken against illegal immigrants.

Last weekend, the French government released the Ocean Viking with 230 migrants mooring in Toulon Even then, the oath was blamed for not being strict enough. With new deals to take tougher measures, Macron and his government want to show right-wing voters that they have a tough immigration policy in place.

Both countries were involved in the negotiations that eventually led to this agreement for some time. For years, immigrants tried to cross into England from the French coast near Calais, often on small, cramped boats. This is not without danger, and accidents happen regularly, sometimes with fatal end.

However, the number of immigrants crossing the Channel from France to England was increasing. So far this year there were 40,000 people, which is more than last year. Then 28,526 people crossed.

“It is in the interests of both the UK and France to work together to resolve this complex issue,” said Home Secretary Braverman. “There is no quick fix, but with this deal we can ensure that the number of French customers on the coast increases significantly and that France and the UK are working together to stop people smugglers.”

“The deal has been worked on for a long time. There were also a lot of disagreements between France and England, especially under former Prime Ministers Truss and Johnson. And the work continued behind the scenes. With the new Prime Minister Sunak, we get the impression that the relationship “we saw with Macron at the summit Atmosphere patting his back and shaking hands, it was a very warm meeting. I think he helped close this deal.”