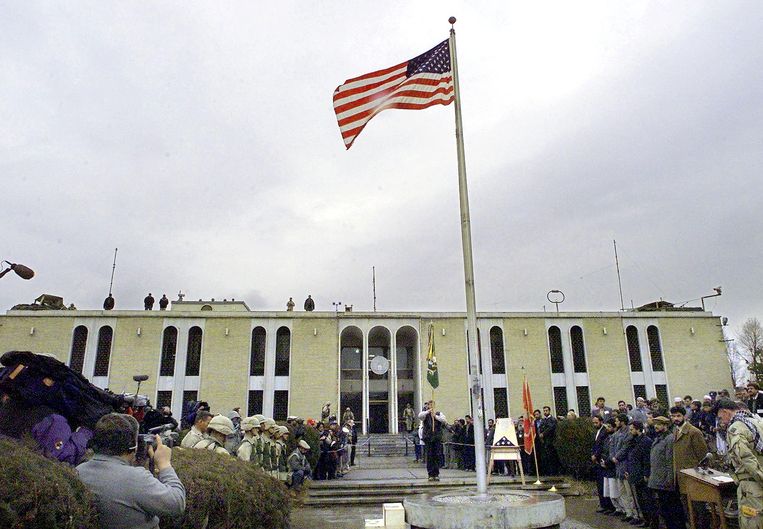 The British are sending 600 soldiers and Canada is flying, an unknown number special forcesSoldiers to manage the evacuation and closure of the embassy. The three countries decided to do so now that the Taliban quickly invaded the cities from the government army. The British and American embassies are not closed yet.

The Pentagon declined to talk about an evacuation after President Biden ordered the operation. “This is not a complete evacuation,” a spokesman said, fearing it would give the Taliban the impression that the United States has lost faith in the government and sees Kabul’s fall as inevitable. But in the United States, a comparison was immediately made with the hasty withdrawal of American diplomats, civilians, and military personnel in 1975 from the South Vietnamese capital, Saigon.

“This should not be taken as some kind of message to the Taliban,” a Pentagon spokesman said. The president has ordered a reduction in the number of civil servants. We will further reduce our civilian presence in Kabul to a diplomatic core in the coming weeks. With the military deployed, the number of US troops in Afghanistan will temporarily return to the same number it was before Biden’s decision to end the military mission earlier this year.

Biden also wants to speed up the evacuation of thousands of Afghans who worked for the United States and who fear for their lives, including translators. The army, stationed at Kabul airport, must manage this in the right direction. A military air bridge is being opened to transport diplomatic and Afghan personnel to US military or military bases in the region, such as in Qatar. Defense Secretary Lloyd Austin discussed this with the military leadership on Thursday.

It is unclear how long the US operation will last. Marines are already in the area. 3,500 to 4,000 soldiers will also be sent to Kuwait. They are immediately transferred to Kabul if additional soldiers are needed. There are already 650 US soldiers guarding the embassy in the Afghan capital. Washington will consider moving the embassy’s work to the airport, which is outside the city and could be better protected.

It remains to be seen whether Washington will succeed in dispelling the impression that the United States is already preparing for the fall of Kabul in the process. The image of American and Afghan diplomats who assisted the United States in recent years on C-17 transport planes will surely bring back memories of the withdrawal from Vietnam. This would also be the case if it was decided to transport personnel from the embassy to the airport by helicopter, in order to prevent attacks on the road.