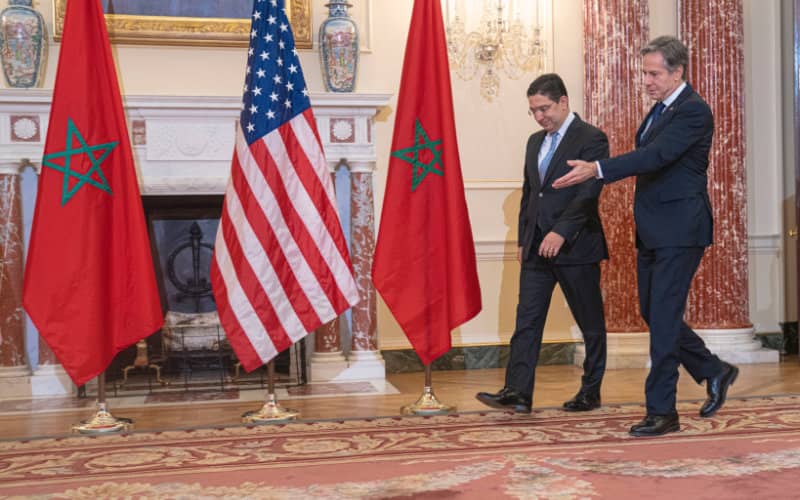 The United States has reiterated its support for Morocco, ruling that the Kingdom’s Sahara Autonomous Plan is a “realistic” solution.

A U.S. State Department spokeswoman who took part in a meeting between Moroccan Foreign Minister Nasser Purida and his co – Minister Anthony Blingen in Washington noted that the United States “considers the Moroccan Autonomy Plan to be serious and credible and realistic.”

On the same issue, both sides expressed support for the new personal envoy of the United Nations Secretary-General, Stephen de Mistura, to direct the UN-sponsored political activities in the Sahara.

In addition to the Sahara issue, Bourita and Blinken cited the “most important” tripartite agreement between the United States, Morocco and Israel, a ministry spokesman said.

In this regard, they said, “December 22 marks the first anniversary of the joint declaration between Morocco, Israel and the United States.

“A long-standing bilateral partnership is rooted in the common interests of regional peace, security and prosperity,” they recalled, summarizing the report.

Bladna.nl is looking for interested online media editors who speak Dutch and have a good range of French for full-time work.

Writing / translating messages into Dutch on all possible topics such as your work, culture, sports or politics. You are actively involved in the journalism process and provide ideas for stories on the internet and the format in which they come in handy.

Do you live in Morocco and are you interested? Send your application to [email protected]