The US ambassador leaves Suriname. receive a presidential award 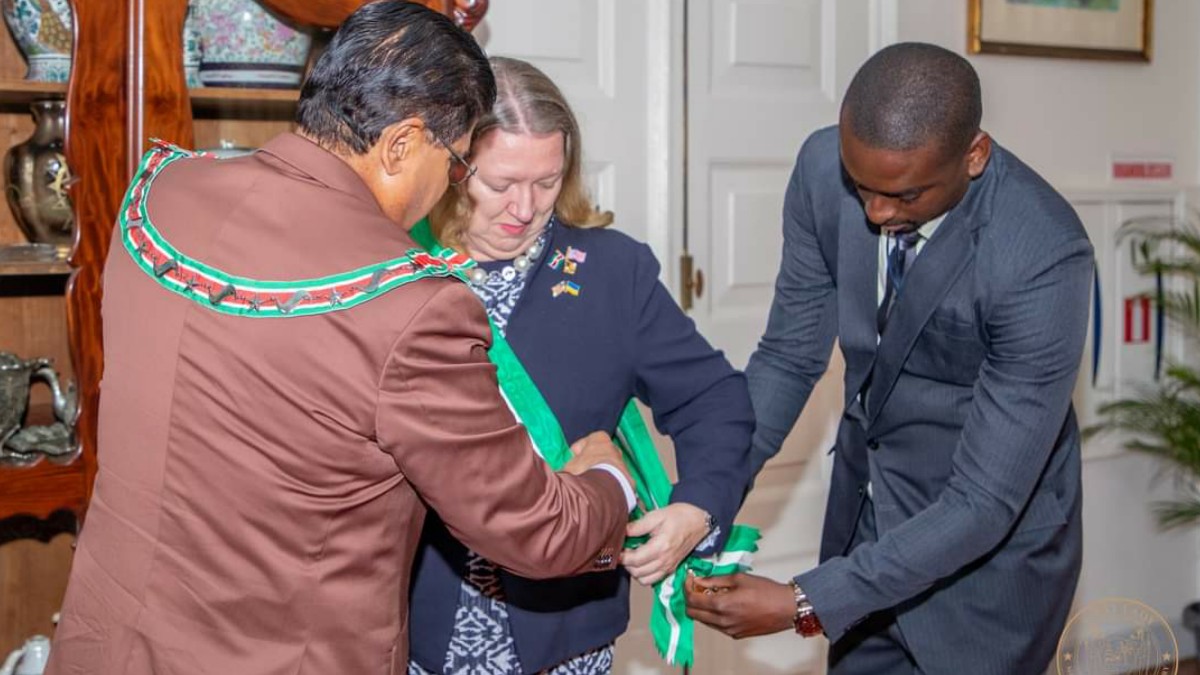 The US Ambassador to Suriname, Karen Lynn Williams, leaves Suriname after four years of service. Diplomacy was honored on Monday, October 31st – on the basis of the good work it has done – by President Chandrikapersad Santokhi as the holder of the Grand Cordon in the Honorary Palm Medal.

At the Presidential Palace, the Head of State particularly emphasized Ambassador Williams’ contribution to strengthening the relationship between Suriname and the United States.

Santoki expressed his thanks to the ambassador, who was a good friend of Suriname. Our country has enjoyed solid and good bilateral relations for 46 years. It is remarkable that this association continued to grow during your tenure,” the head of state said.

The Government of Suriname welcomes the diplomat’s dedication to promoting friendly and cooperative relations between Suriname and the United States of America. The President highlighted the Ambassador’s contribution to creating new export and investment opportunities. This has led to significant US investments in the Caribbean and Suriname.

During the four years, both countries supported each other in various fields. The COVID-19 pandemic is one of them. The diplomat made great efforts, especially during meetings and visits.

Santoki recalled former Secretary of State Mike Pompeo’s historic visit, and meetings with Vice President Kamala Harris and Secretary of State Anthony Blinken in Washington, D.C. last September. A solid foundation has been laid for the intensification of bilateral and regional cooperation.

Ambassador Williams was very pleased with the decoration as she looks back in relief to her time in Suriname. She stressed that America will continue to support the Government of Suriname in its efforts to restore the economy.