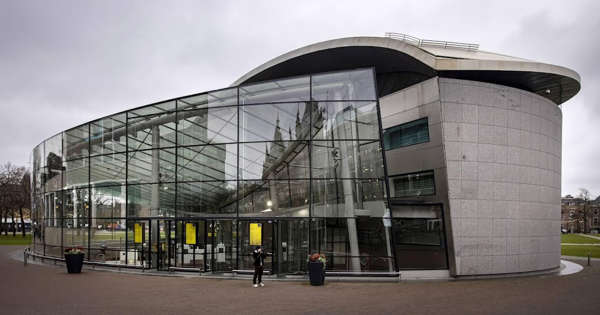 The “Amour” series printed by artist Maurice Denis (1870-1943) can be viewed starting Saturday at the Van Gogh Museum in Amsterdam. The French based these works from 1899 on the poetic passages he wrote in his diary about his love for his future wife, Marthe Maurier. According to the Amsterdam Museum, the series is seen as the culmination of his work.

Denis belongs to a group of young painters and printmakers, called Les Napes, who were involved in the technique of chromolithography around 1900. He worked in this series for more than three years. The exhibition displays 13 color lithographs and 45 drawings and proofs from various collections in Europe and the United States. According to the museum, the works were collected in this way for the first time.

In the series, the artist referred to phrases from his poems in the titles of his publications. “Amour contains all kinds of hidden references to the love between Morris and Marthe, such as portraits and dozens of roses, Martha’s favorite flowers,” curator Fleur Rose Rosa de Carvalho says. “The whole series is a great tribute to his wife’s love, in a similar gesture to the Taj Mahal.”

The Romantic Fair, which runs until May 15, includes several activities the day before Valentine’s Day, such as a love tour and live piano music. There is also a free drawing workshop where lovers can photograph each other.

See also  Notable reworking of "Aquaman and the Lost Kingdom"