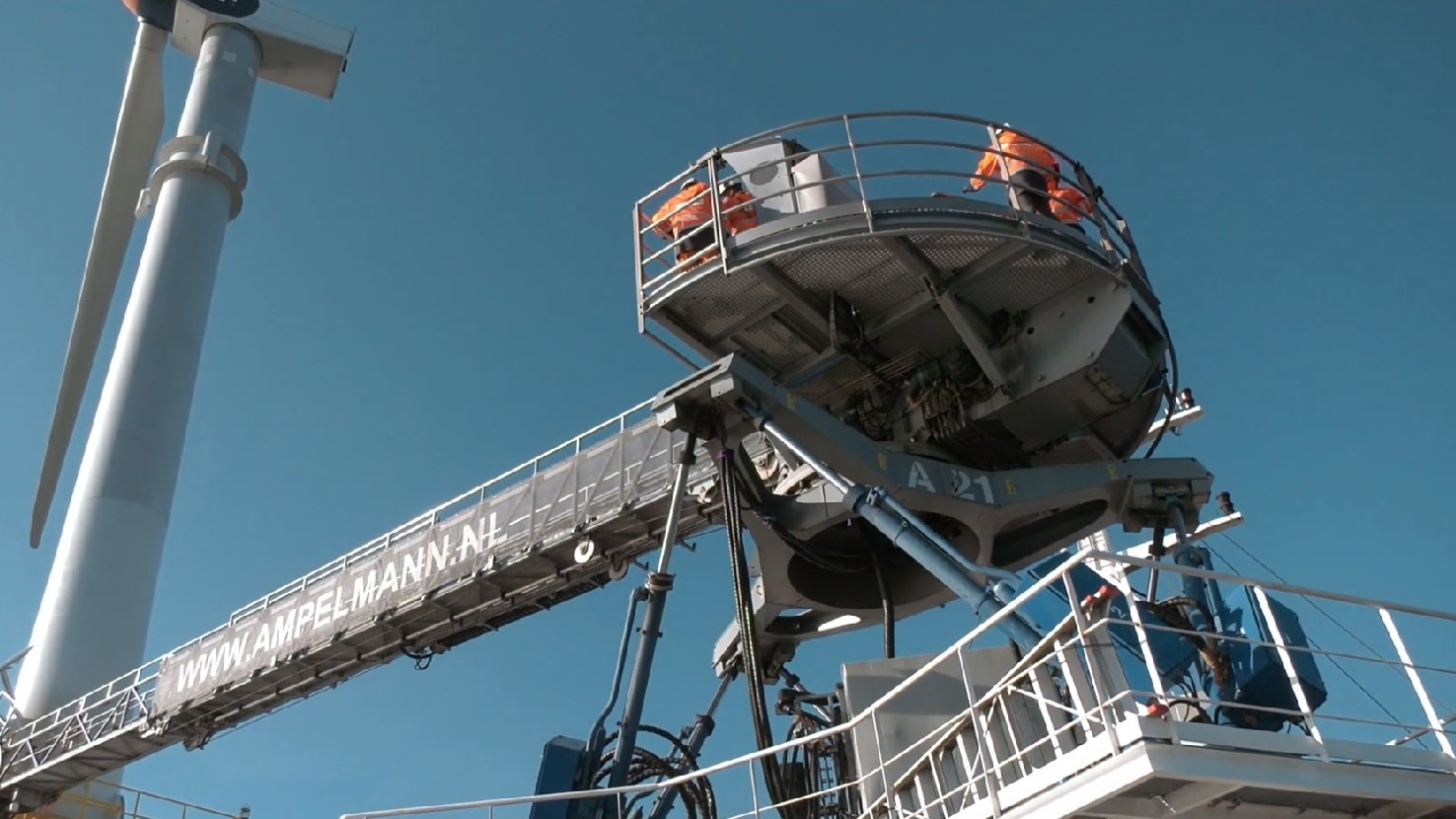 Van der Temple came up with the idea for wind energy at a conference in Berlin in 2002. At that time he received his doctorate in wind turbines at sea. Someone at the conference figured out how to get wind turbines. According to Van der Temple, it also showed an animation that was not correct: “Later, on a beer on a terrace, a colleague and I discovered what we now call ‘Amberman’.”

Since he was doing PhD research at the university, Van der Temple can quietly inquire how to do this. In 2005, he and his colleague demonstrated with small-scale models that what he had discovered actually worked. “You can measure and anticipate very quickly. You really stand still and can change safely even with very high waves.” They set a precedent in 2007 and started the company in 2008.

How is such an Amberman?

It looks like a huge spider with six blue steel legs, says Van der Temple. They can slide in and out. ‘Spider Foot Construction’ is on the deck of a ship. The sensors measure the movement of the ship and can be used to steer six feet. The ship still goes back and forth, but is still at the top. It is attached to a long walkway that leads to the drilling site or to the windmill at sea, so it does not dance. More than 65 of the standard sidewalks are now in use worldwide.

According to Van der Tempel, the appointment is an excellent recognition because the prize comes from the European Patent Office, which wants to keep the inventors in the spotlight. He is very happy with it.

See also  Romney: Trump has a 'blind spot' when it comes to Russia

His company still has some time; Why the appointment now? Van der Temple: “An invention is only when others pay for it. It also takes time for it to be successful.” There is one Visitor Award, People can vote for this.