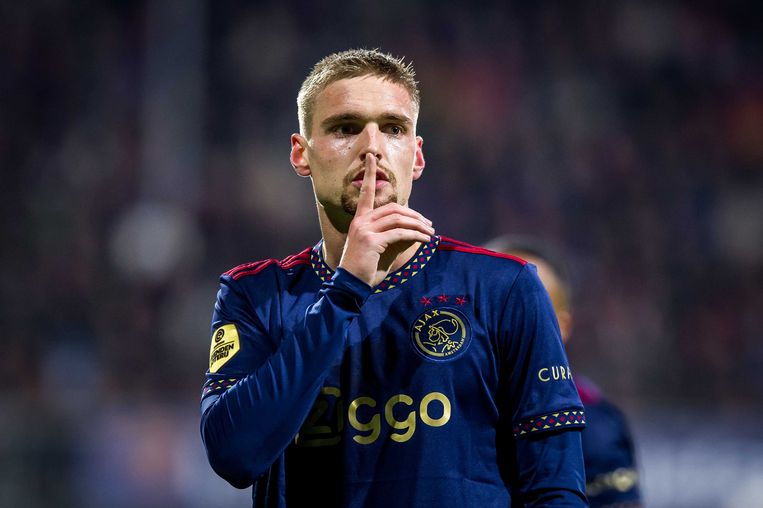 After a foul by Owen Wijendal, Emmen captain Jeroen Feldmati hit the ball well in the upper right corner from a free kick in the sixth minute: 1-0. Ajax conceded at least one goal for the thirteenth consecutive game (the competition and the Champions League). The last time Ajax happened was from May to September 1985. The team from Amsterdam had three different coaches in that period, Ad de Moos, Tony Bruins Slot and Johan Cruyff.

Ajax responded almost immediately. After a pass from Dusan Tadic, Kenneth Taylor hit the ball from close range through goalkeeper Micky van der Hart into the goal. Taylor, who was included in the Dutch World Cup selection, was accurate again midway through the first half. This time the midfielder scored again on a pass from Tadic.

Taylor also had a role in the third goal in the 25th minute. He passed the ball to Stephen Bergwijn, who shot hard from outside the penalty area.

After a foul by Calvin Basie, who had just been injured, Emine was close to goal shortly before the break. Remko Pasphere saved Richiro Zivkovic’s attempt.

Bassey was replaced by Daley Blind in the first half and striker Brian Brobbey also left the field. Mohamed Kods was his replacement.

Also in the first stage of the second half, Ajax wasted space at the back. Pasvir kept his side going, but had no chance in the 58th minute when Zivkovic appeared full-time: 2-3.

Ajax lost control and played again anxiously and sloppy. Bergwijn and Kudus could have taken the tension out of the match, but both forwards failed in a promising position. Kudus kicked the ball in transit. Taylor has since left the field due to an injury.

FC Emmen was close to equalizing in the 73rd minute through Mark Demers, but he shot wide. The score fell 3-3 after all, when Belgium defender Mohamed Bouchouari turned the ball into the far corner behind Pasphere.

View all updates
View the most important updates

In order to show you this content, we need your permission to place cookies.
Open your cookie settings To choose which cookies to accept. For an optimal user experience of our site, select Accept All. You can also enable social content only: select “Accept cookies from social networks” to do so.

All Het Parool stories are of course copyright protected.
If you would like to copy text or use a video (part), image or illustration, please send an email to copyright @ parool .nl.
© 2022 DPG Media BV – All rights reserved