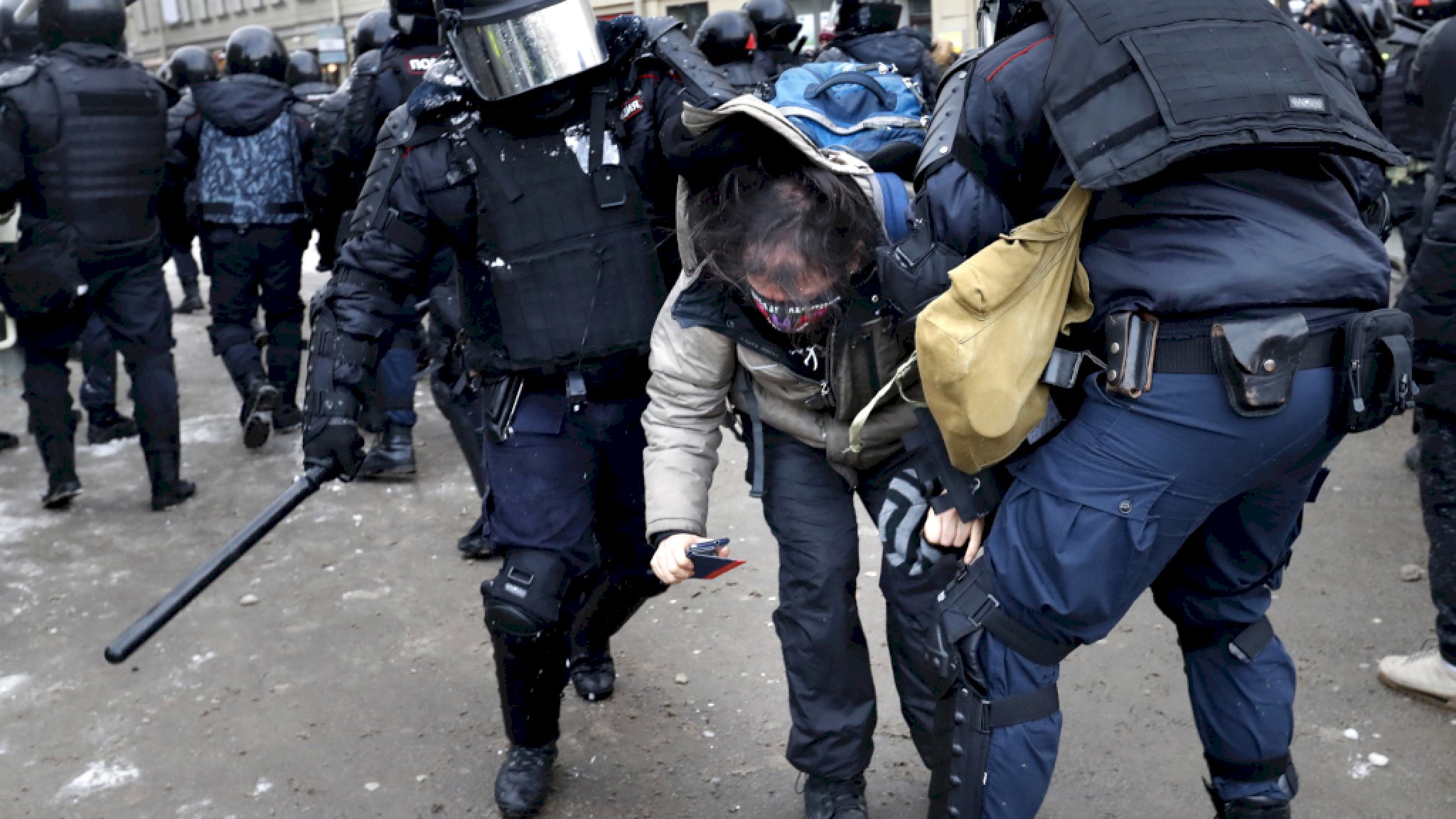 Protesters take to the streets in large numbers for the second week in a row demanding the release of President Vladimir Putin’s well – known enemy. Navalny’s wife, Yulia, was also arrested. It happened despite massive protests last weekend.

Protesters take to the streets in Vladivostok, the far east of Russia. There, protesters gathered in a square and on the ice of the frozen Amur Bay. “The desire to live in an independent country is greater than the fear of arrest,” said one 25-year-old student.

US Secretary of State Anthony Blingen has condemned the “brutal methods” used by Russian officials. Blinken again called on Russia via Twitter to release Navalny.

“For the second week in a row, the United States has condemned Russia’s use of brutal methods against peaceful protesters and journalists,” he said.

In Moscow, the opposition wants to demonstrate to build the FSB security service. Police have closed several metro stations in the capital. In the metropolitan area of ​​St. Petersburg, most of the center will be closed.

Video footage shows protesters holding hands and chanting ‘Putin is a thief’ in the Amur Bay, where it was 13 degrees below freezing. In the Siberian city of Tomsk, opposition supporters gathered at a concert hall. They came with Russian flags and shouted “Let him go”.

Protesters in Yakutsk also exceeded the ice temperature. When dozens of people gathered there it was 42 degrees below zero. “This is the first time I’m coming to a demonstration,” one protester said. “I’m tired of the authorities’ complete illegality.”

Navalny was arrested at the airport in Moscow on his return from Germany this month. There he drank poison with a nerve agent in his home country and received medical treatment.

Russian officials have accused the politician of failing to comply with the terms of the suspended sentence imposed on him during that period.