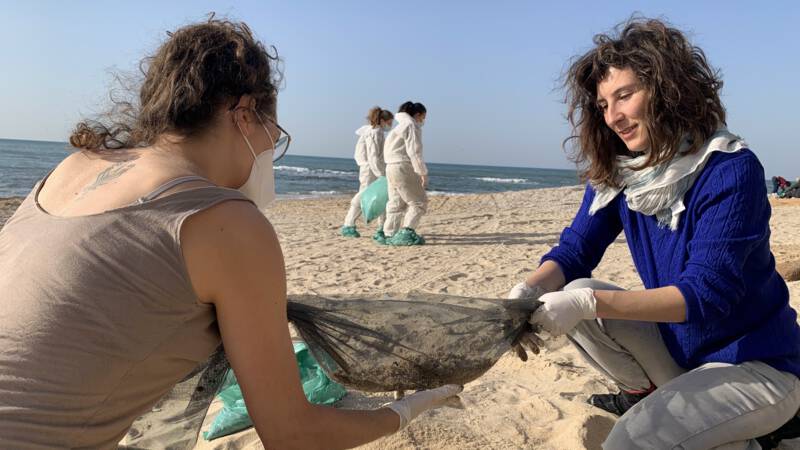 It’s not just a question of beach cleaning, says Ilana Berman-Frank, professor of biological oceanography. “Accidents of this nature affect the entire food chain, both on the shore and at sea. Tar and oil block the supply of light and oxygen, which may cause the death of animals and plants. The effects can last for years.”

And beach cleaning isn’t that easy, says Ecoocean director Eric Rosenblum, who has been busy with thousands of volunteers in recent days. “It’s difficult to remove tar without harming nature,” he says. “You can pull the live tissue with you quickly because it is very sticky.”

In addition to the conservationists, the government has now deployed soldiers to help clean up. But according to the environmental movement, government aid is starting to slow and not enough.

The duty of secrecy

Investigation into the cause of the oil spill is also ongoing. An oil tanker was assumed to have spilled fuel a few weeks ago. It remains unclear which vessel it was. The Environment Ministry said it had about a dozen suspicious ships in sight.