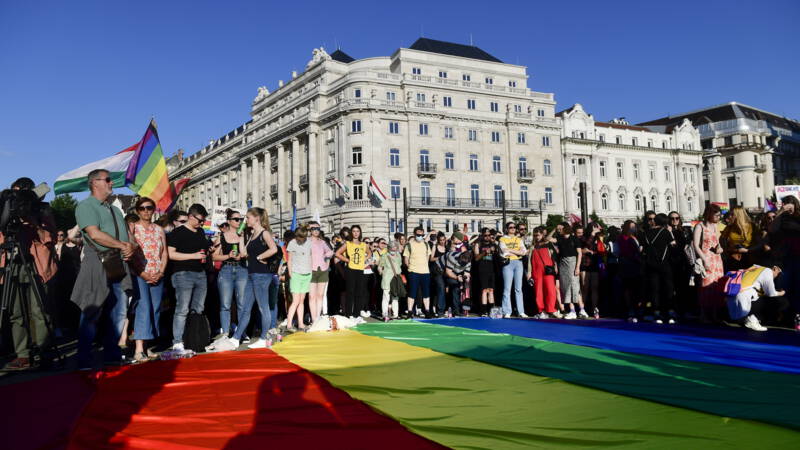 Thousands in the Hungarian capital Budapest protested against a planned law banning information about homosexuality and transgender people from young people. Protesters say the law violates the basic rights of children and families.

The protest took place directly in front of Parliament. Demonstrators waved rainbow flags. “With this, children will no longer dare to go out,” while they should be given the opportunity to go out,” the leader of a childcare center told Reuters news agency.

Fidesz, Prime Minister Orban’s conservative party, launched the plans last week. A vote on it is expected the next day. Fidesz says the law aims to protect LGBT children. The ban will apply in the media but also in schools.

Human Rights Watch describes the argument behind it as an insult to the LGBT community. According to spokesperson Lydia Gall, the law is a “cynical, deliberate and deliberate attempt” to make her invisible in Hungarian society.

The law has already been compared to a controversial 2013 Russian law banning “gay propaganda” and critics say it is misused for discrimination.

Chances of failure of the law seem slim. Orban’s party has a majority in Parliament. Several opposition parties plan not to attend the session at all.