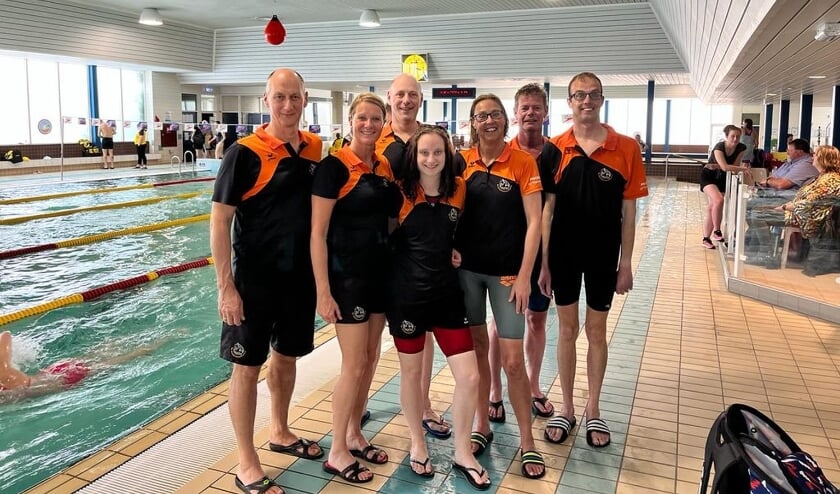 chapel For the first time in five months, Biesbosch swimmers have participated in a master’s competition. The first match of the 2022 Southern District was held in Kappel, Zeeland.

Annette Wigina has been competing in a new category since this year, the Ladies 55-59, which means there are other record-setting opportunities. This afternoon in Capel, Annette immediately won three distances. Early in the afternoon I swam a new club, Brabants (BMR) and Dutch Masters Record (NMR) in the 50th breaststroke. It was below the competition record, the Southern Circuit (ZCR) record by 0.2 seconds. Later in the 200 breaststroke, Annette was able to add several more records to her total. Annette’s finishing time was good for Club, Brabant, Southern Circle, and Dutch Masters Record. As if this were not enough, the interval after 100 meters turned out to be faster than the club, Brabant and Dutch Masters Record.

Mandy Swart swam the 200m breaststroke for the first time and instantly broke the club’s over 20-year club record by more than twenty seconds. Earlier in the day she had already started in 50 breaststrokes and 100 backstrokes and these times remained above her best ever.

Margo Guilima and Paul Wenga came in for short numbers and it turned out this afternoon that the pace wasn’t there after that long without a competition. This also applies to Nico Swart in 50 breaststrokes and 100 backstrokes, while the 200 breaststrokes were more satisfying.

Wouter van der Stilt and Ingmar Visser scored a 400 freestyle and both managed to swim in a good race, although the rating could have been a little better. The same goes for their short songs like Marjo, Nico and Paul, meaning they lack speed.

The final relay, the 4×25 freestyle, made up of Nico, Margo, Paul and Annette was the prey of the masters of Bisbush swimmers, but they remained well above the club’s record.

The next master’s competition is not long as it is already on the agenda next weekend. Five of these masters, along with three other Zwijndrecht swimmers, will take part in a Masters in the Western Region and then at the beginning of May they will take part in the Dutch Masters Long Course in Eindhoven.