Today in Beijing: Skeleton Boss VI after two rounds; Bergsma and Rost in the women’s 10km and short track final 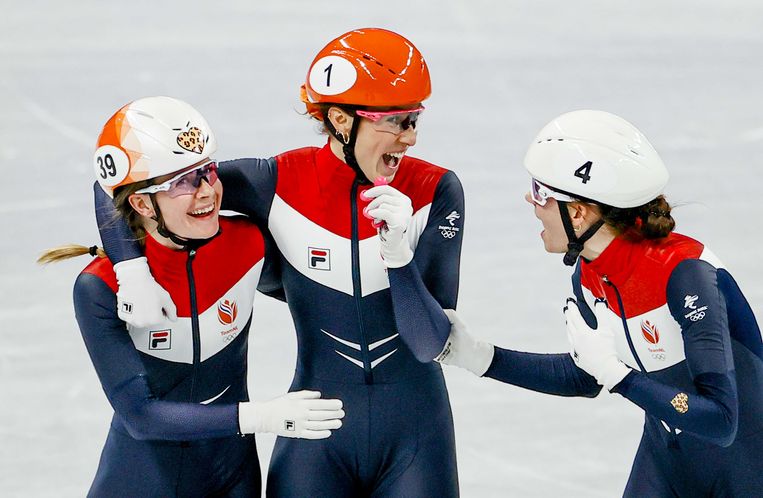 With: Kimberly Boss. She faced Bos in a tough first round, finishing 10th. Her second descent was much better and good the second time around. Bos is now sixth in the overall standings.

Whether the Olympic ice is made under the influence of the Dutch lobby or not, Swede Nils van der Poel knows how to skate quickly on it. After his controlled victory in the 5000 metres, today he is also a candidate in his best distance: 10,000 metres. He could become the eighth skater to win each of the staying distances and, if successful, would join such notable names as Schenk, Hayden, fellow countryman Gustafsson, Kos, Rohm and Utdehaji. Opposition is expected only from Patrick Royst, who conceded only half a second ahead of Van der Poel in the 5000 metres, and Jurit Bergsma. The 2014 Olympic champion might be in for a surprise if he finds his rhythm at a distance that seems to be the exclusive domain of the Netherlands since 1998. (Alex Dumas)

Sacrifices are also made in families of Dutch sports talent, but these are nothing compared to what Chinese ice hockey families go through. This is evidenced by the documentary Burning Ice, which can be seen in Chinese cinemas. Director Liu Hanxiang has followed three Chinese talents in ice hockey and their aspiring parents for three years. The film is heartwarming and touching, but also disturbing†

Eye-catching in Beijing: Jorit Bergsma, 22,000 laps to the left

Nobody rides to the left more than Jorit Bergsma, the marathon skater and Olympic 10,000m champion in 2014. He hit 22,000, more than four times his peer Sven Kramer. And his body is not finished yet. Even if he gets his second Olympic title today, he’ll still drive left.

Since 5 kilometers takes longer, Irene Schuten will drive faster. Is 12.5 laps enough for a marathon runner who has run 97 kilometers on natural ice? Why don’t women actually drive 10km while the International Olympic Committee pushes for gender equality? “I’d like to try it.”

See also  Foreign media sing about Red Bull: "We have a new favorite."