Top part under the Zeeland hammer: ‘I’m so nervous because it’s half a million’ 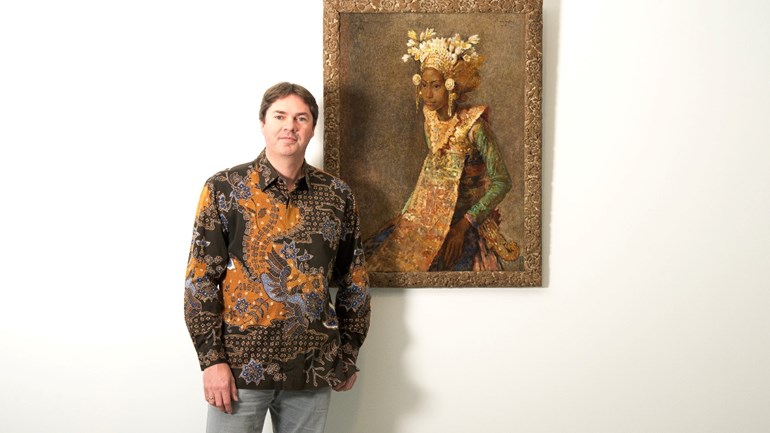 “I’m a little nervous,” said René de Visser of Zeeuws Veilinghuis. “It’s been three years since the auction house had such a success, because you can not see more than 100,000 euros these days.”

According to de Viser, Willem Gerrard Hofker’s painting is truly a masterpiece, which until recently was hung in someone’s home. The current owner bought it from a painter in 1961, who created it in 1938 on the Indonesian island of Bali.

If the painting is gone it will be close. Several years ago, a fire broke out in the home of the current owner. It was saved, but the thought of selling it came.

Listen to the conversation with René de Visser below:

Strangely, the masterpiece is not well known in the Netherlands, but according to experts it is the “quality of the Rijksmuseum”. “It doesn’t stop there,” de Viser says. “It’s expected to return to Indonesia. People are willing to pay a lot for it, which is why they are leaving here in the Netherlands.” It is possible that this painting has a colonial past, which means it is not popular here.

The atmosphere of the auction is decisive

De Wiser expects seven to nine bidders to participate tomorrow. They can do this in the hall, via antique signs, or via the internet or phone. Most people will choose the audio link with Middelburg.

The starting amount is a quarter of a million, but it is expected to be more profitable. Will Zeeuws Veilinghuis’ old auction record of 720,000 euros be beaten in the Middle East? “The atmosphere is very important tomorrow,” says Rene de Viser. “It has to go well. Who knows, it’s going to be a new record.”