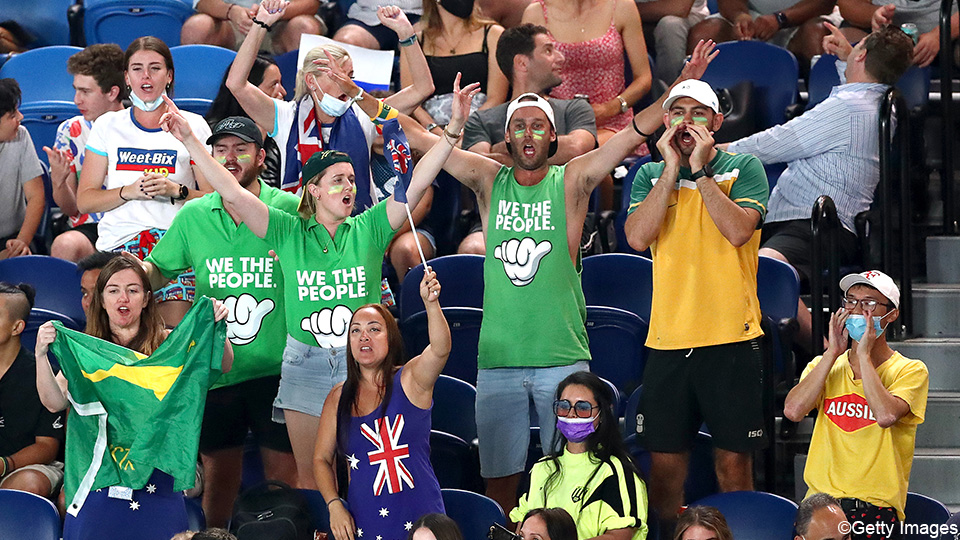 At the Australian Open, spectators are allowed back into the match, but not all tennis players are equally happy with the frantic Australian fans. Especially the endless “siuuu!” Cries, Cristiano Ronaldo’s trademark, many players at the waist.

Footballer Cristiano Ronaldo’s “siuuuuu!” The cry of joy is storming the world, and not everyone is happy about it.

It all started with Nick Kyrgios’ first match at the Australian Open. After each step, “Chew!” The cry echoed throughout the path. It was so bad, after a while the Australian talked to the fans about it, but it didn’t help.

“I thought they would last 10 minutes, but they were done in 2.5 hours. At each stage!” Kyrgios told a news conference.

It was also called up following Andy Murray’s game against Georgia Padiashvili. No player understands whether the whistle is blown or encouraged.

“After a while I realized they were constantly shouting Ronaldo ‘siuuuu’ and it was unimaginably annoying,” Murray said.

The Russian is known for allowing his emotions to get the upper hand at times, but despite his apparent irritability he did not let himself be caught this time. After his victory, he had to remove it from his chest.

“I’m not angry with those supporters, but I was disappointed,” Medvedev said. “Sometimes it happens when I hit a break point and I get a second service. Not everyone does it, but those who do have a lower IQ.”

So for Medvedev the chances of the game, set and match, “siuuu” in Melbourne suddenly calming down are slim.

Angered, Medvedev tries to control the crowd in a post-match interview