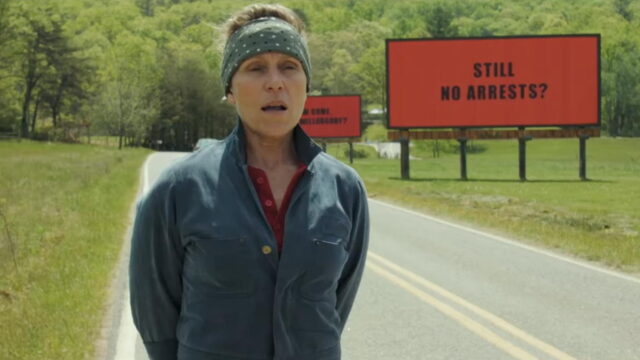 What a crew! This movie isn’t really new, but now that you can watch it (again) on TV, it’s still worth listening to the music it made. Carter Burwell. The mother of the murdered and raped teenager cannot stand the fact that a year later no offenders have been arrested and it is decided to put pressure on the local mayor. Three billboards It looks like a western, but without the black and white hats. The mother is not only good, the sheriff is not only bad. This applies to all well-drawn characters. Comical and tragic at the same time, with sharp and memorable dialogue from writer/director Martin McDonagh, who we know from another comedy crime drama, in Bruges. Carter Burwell’s music (he also made the music for all of the Joel and Ethan Coen films) is subdued and peppered with some sweet soul and country songs by Joan Baez, among others.